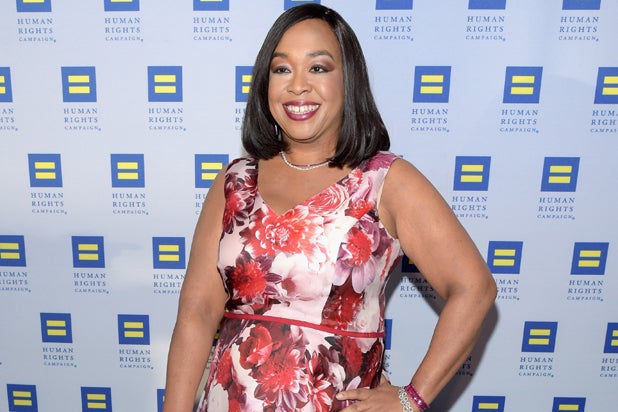 Shonda Rhimes — creator of hits “Scandal,” “Grey’s Anatomy” and “How to Get Away With Murder” — said she has a problem with the word “diversity” in a speech she published on Monday.

“I really hate the word ‘diversity.’ It suggests something … other. As if it is something … special. Or rare. Diversity! As if there is something unusual about telling stories involving women and people of color and LGBTQ characters on TV,” Rhimes wrote.

“I have a different word: normalizing. I’m normalizing TV. I am making TV look like the world looks,” she wrote in the speech titled “You Are Not Alone” that she delivered to the Human Rights Campaign Gala on Saturday.

Also Read: ‘Scandal’, ‘Grey’s Anatomy’, ‘How to Get Away with Murder': It’s Shonda Rhimes’ World (Video)

She continued in the speech:

I am making TV look like the world looks. Women, people of color, LGBTQ people equal WAY more than 50 percent of the population. Which means it ain’t out of the ordinary. I am making the world of television look NORMAL.

I am normalizing television.

You are not alone.

Perhaps then, they will not isolate them.

Perhaps they will even come to recognize themselves in them.

Perhaps they will even learn to love them.

I think that when you turn on the television and you see love, from anyone, with anyone, to anyone  –real love  —  a service has been done for you. Your heart has somehow been expanded, your mind has somehow grown. Your soul has been opened a little more. You’ve experienced something.

The very idea that love exists, that it is possible, that one can have a “person” …

You are not alone.

Also Read: Ratings: ‘American Crime’ Debut Wins Timeslot, But Is No ‘How to Get Away With Murder’

Read the full text of her speech on Medium.com.