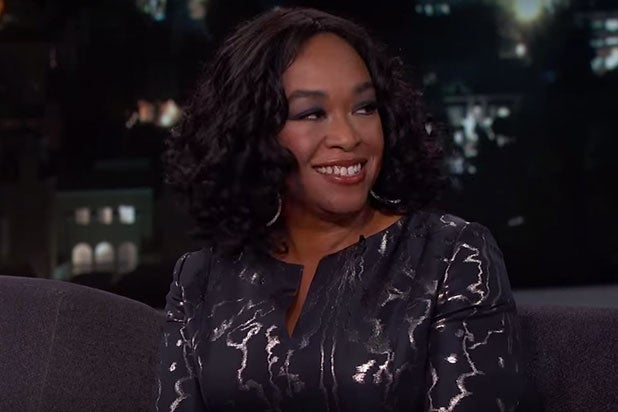 Shonda Rhimes called out people who blame the Dallas shootings on the Black Lives Matter movement, saying it takes “stunning” ignorance to blame peaceful protestors for an orchestrated attack on police.

“If I hear one more idiot suggest that #BlackLivesMatter incited this… The level of ignorance is stunning,” she tweeted Friday. “Just absolutely stunning.”

Gunmen killed five police officers and wounded seven others during a downtown Dallas march Thursday to protest the police killings this week of Alton Sterling in Baton Rouge, La., and Philando Castile near St. Paul, Minn.

Police have three Dallas suspects in custody and used a bomb-rigged robot to kill a fourth, saying he had fired on officers and threatened to kill them before negotiations to bring him in broke down. He was identified as Micah Xavier Johnson, and Dallas Police Chief David Brown said Johnson told police he “wanted to kill officers” and “expressed anger for Black Lives Matter.”

Because the coordinated attacks on police came during a rally against police shootings, some have tried to paint the entire Black Lives Matter movement as somehow responsible.

Rhimes, creator of ABC’s Shondaland suite of hit shows, noted that she has members of law enforcement in her family. She called the killings “senseless,” “horrific” and “heartbreaking.”

Rhimes also wrote that guns were responsible for killing people, not the Black Lives Matter movement. She said people should be talking about gun control and not a group that promotes discourse.

Here are her tweets:

If I hear one more idiot suggest that #BlackLivesMatter incited this… The level of ignorance is stunning. Just absolutely stunning.

Why isn’t anyone talking about gun control? Last night, a man with a high powered rifle committed a mass shooting. Again. GUN CONTROL.