Two of this year’s Oscar-nominated films make great use of interview footage with workers who’ve been laid off. The better-known of the two, Jason Reitman’s Best Picture nominee “Up in the Air,” intersperses the footage into a fictional story with George Clooney, Vera Farmiga and Anna Kendrick, with the jobless interviewees grounding a movie in the economic realities of the moment. But in the other nominee, the short documentary “The Last Truck: Closing of a GM Plant,” the laid-off workers are the heart of the film: they’re the witnesses who tell the story of the final six months in the life of General Motors’ largest truck-assembly plant, which closed its doors two days before Christmas in 2008.

The film, which is currently showing on HBO, feels like an essential document of these times; whatever you think of the product GM was making at the plant in Moraine, Ohio, the workers provide sad, funny, enormously moving testimony to the human side of the economic crisis. The film marks the third Oscar nomination for co-writer and director Julia Reichert, and the first for her partner Steven Bognar, who spoke to theWrap about a film that figures to be a strong competitor in its category. 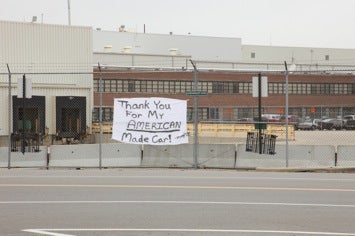 What led you to tell this story?
Julia and I live just outside of Dayton, Ohio, in a small town called Yellow Springs. And we have driven by that plant for years.  We had friends who used to work there.  It’s just a huge, iconic presence in Dayton. So when GM announced that they were going to close it, it was like a bomb went off in the town. And we just felt like, we work in documentaries, we’re in-between projects, we’re citizens with cameras, maybe there’s a story we need to tell.

So how did you go about telling it?
We just went to a couple of bars around the plant and started talking to people, explaining who we were. One person led to another, and we started following the story. But we didn’t know if there was a film there for a while, because union auto workers don’t really trust the media. It was like they were auditioning us, checking us out before they’d start letting us in.

What did you do to convince them?
We did something we haven’t done on previous films. We normally don’t show rough cuts to the people we’re filming until late in the process. But we made the very unusual decision to put together about 40 minutes of scenes and interviews, and we got together with a handful of the workers we’d been following in a bar. We brought a laptop and showed them the footage, which was scary for us. But they liked it, and it showed them we were trying to tell the story from their point of view, to put people in their shoes.

Did you approach General Motors for permission?
We started asking them from day one if we could shoot in the plant. But, you know, GM’s previous experience with documentaries included Michael Moore’s first film, “Roger and Me,” so they declined. And until the last week, when they had a media day, we could never get in the plant.

But the real heart of the footage inside the plant was shot by three of the workers. No outside media was inside on that last day, so all the images of people hugging, and signing that last truck as it was coming down the line, was shot by the workers with these small high-def cameras. And that really was a huge part of why the film works. 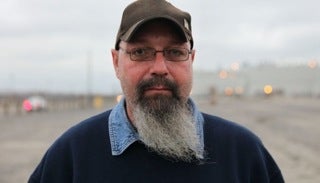 How dramatically did the mood change as the closing date got nearer?
I tell you, as it got closer and closer to that date, it just got more and more intense. I think everybody felt knots in their stomachs about it. And the fact that the plant closed two days before Christmas, I still do not understand that. It just added so much insult to the great injury that people were feeling.

With a film like yours, which has a home on HBO, how important is an Oscar nomination?
Well, it’s very bittersweet. We’re very honored, but I would happily trade the nomination, or even an Oscar, for people to have their jobs back. So I think we both carry a complicated bunch of emotions.

I want to stay grounded in the reality of this: the only reason we’re getting this great honor is because something really terrible happened in our community.