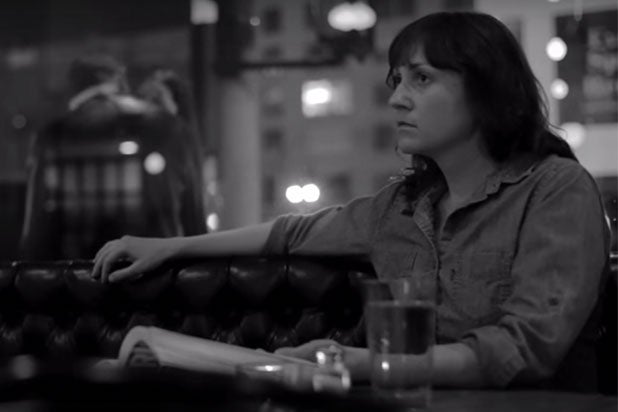 In Chioke Nassor’s short film “Meghan is on a Bender,” girl meets boy, second boy mugs girl, girl goes on bender and things only get worse from there.

In the black-and-white, three-minute short, a raspy yet sultry voice narrates the story, which opens with Meghan in the throes of a one-night stand, and closes with her in the throes of a physical assault by the mugger she wouldn’t let go. Parallels between both abound as bad decision making comes full circle.

Director Nassor has a simple, logical explanation for the idea’s genesis.

“On a personal level, I’ve just been fascinated with second-person fiction, trying to be really personal in my work and trying to find ways to engage with character and things that are slightly comedic, but also have multiple tones. That’s kind of what this was … an experiment,” he said.

Of the obstacles facing the production — 14 different locations, mostly night shooting, filming it all in a single day — the sex scene was surprisingly not among them.

“I felt like that would be difficult to shoot,” Nassor says, “but it actually was very straight forward. As long as we treated it the same way as we would treat product placement or eating an apple.”

Nassor’s favorite part of the short, however, is the juxtaposition of voiceover and visual.

“I loved hearing the narrative voice with Meghan’s face,” he said. “She has a very soft natural speaking voice and its somewhat from her point of view, but its a second-person narration. I was excited about that as a concept.”

And although it took just one day to film, the writing required some back and forth until Nassor had a specific “aha!” moment at which everything fell into place.

“It just felt like a puzzle I couldn’t crack for a while,” he said. “Suddenly, I was like, ‘Oh, it’s this! It’s these shots, it’s this character, this is the problem and this is how it’s going to work out.'”

Watch the film above. Viewers can also screen the films at any time during the festival at Shortlistfilmfestival.com and vote from Aug. 4-18.