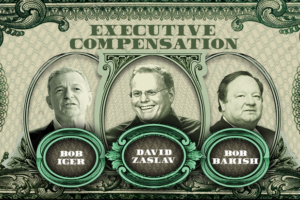 Hollywood’s Highest Paid Executives: Who Made Bank, Who Sank in 2018 (Updating)

Instagram is testing whether to hide “likes” on posts — a potential move that, if adopted across the entire platform, could have a substantial impact on the routines and mental health of its 1 billion users.

That’s because there’s growing evidence to suggest overexposure to likes may not be good for the human brain.

“The brain responds to likes like any other reward or thing that excites the brain like food, sex or gambling,” said Ofir Turel, a professor at Cal State University, Fullerton and researcher at the University of Southern California. “When you get likes, the reward system lights up and releases dopamine, making us feel good.”

Also Read: How Doing Things Media Laughed It Up to 30 Million Instagram Followers and a TV Show in 2 Years

The mystery of whether a post will be well-received or not — just like hoping a pull of the slot machine will pay off — keeps users glued to their phones. Instagram users spend an average of 53 minutes per day on the app.

A Pew Research Study found 45% of teenagers last year said they’re on social media “almost constantly,” and Instagram might be the worst place to spend that time. And a 2017 study from the U.K. Royal Society for Public Health reported Instagram was the social app most detrimental to mental health for people 14-24, often exacerbating their depression, anxiety or body image issues. Instagram in particular makes young women “compare themselves against unrealistic, largely curated, filtered and Photoshopped versions of reality,” the report said.

So it would seem like Instagram’s latest test is a step in the right direction.

The Facebook-owned app is experimenting with “private likes,” where followers are unable to see the total likes on a photo, or the total views on a video, when they are scrolling through their Instagram feed. Users are still able to see likes for their posts, but they’re not front and center anymore. Instead, users need to click through added icons to check their likes tally. The test, being run in Canada right now, aims to 1) reduce the fixation on comparing likes between users and 2) encourage users to post pictures without worrying that their posts can’t compare to the sleek production of a professional influencer.

Head of Instagram Adam Mosseri explained the change to BuzzFeed News last week, saying the test is about focusing less on like counts and creating “a less pressurized environment where people feel comfortable expressing themselves.” He added: “we do hear people worry about how many like counts they get.”

Some critics have questioned whether Instagram’s test is really for the wellbeing of its users, however. Jennifer Grygiel, a communications professor with a focus on social media at Syracuse University, is  “highly skeptical” Instagram would make this change  if it dented its business — — even if it improves the mental health of its users.

“We can’t just assume a corporation, under no regulatory pressures, decided to do the right thing. We have not seen this tested independently — we can’t trust [Instagram],” Grygiel said. “This could actually increase time on platform, too, because people may be feeling better.”

Of course, more time on the app searching for those hidden like tallies would also mean more ad revenue for Instagram.

Turel echoed Grygiel, saying while it’s a “risky” move to change the app, a “more wellbeing-conscious” Instagram could encourage more people to use it, which would ultimately be a boost to business.

Regardless of the motivation, though, Turel sees an advantage in any steps to cut back on the “crazy behavior” of users posting over and over again to see how many likes their pictures rack up.