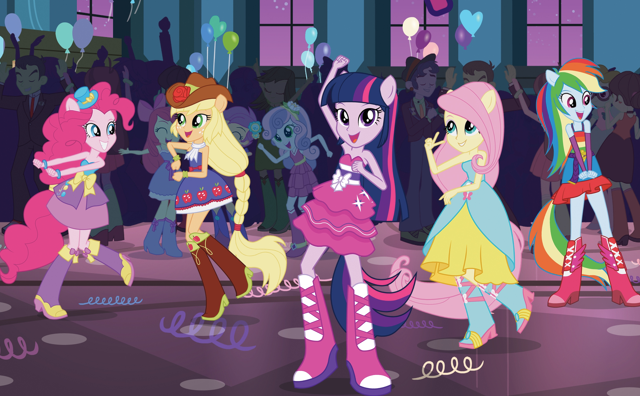 Shout! Factory and Hasbro Studios are teaming up to distribute "My Little Pony Equestria Girls."

The feature-length animated movie is a new take on the toy horses. It finds the ponies dealing with on the challenges of high school.

It will be released theatrically, a rarity for Shout! which has historically focused on home entertainment. There will be a special "pink carpet" premiere at the Los Angeles Film Festival's "Family Day" on June 15 before debuting the next day on 280 screens in the United States and 40 screens in Canada. Screenvision will help with the roll-out.

"Hasbro is a huge partner of ours," Garson Foos, Shout! Factory founder and president, told TheWrap. "In terms of contemporary shows, My Little Pony has been one our most lucrative programs. I see this as being a key step as we continue evolving from a DVD company to a media company."

Foos said the company has toyed with theatrical releases in the past and plans to use them going forward as a way of raising awareness for carefully selected home entertainment properties. It plans to use a similar strategy later this year with the release of the British comedy "Cockneys Vs. Zombies."

"My Little Pony Equestria Girls" finds one of the ponies, Twilight Sparkle,  pursuing a thief who steals her crown and takes off with the purloined treasure into an alternate world. In a twist, she is transformed into a teenage girl and finds herself thrust into high school while she searches for her stolen accessory.

Shout! said the film will debut on DVD and Blu-ray along with other digital platforms later this summer. Shout's deal is for all worldwide rights except broadcasting, and Foos said he sees the My Little Pony pact as being emblematic of the kind of agreements the company hopes to sign going forward.

"This is more and more the direction we're going in terms of signing up broad rights and other revenue streams outside of just physical goods now that digital sales are becoming more significant," Foos said.

Shout! Factory is projected to make $50 million in revenue in 2013 and puts out an average of 15 to 20 new projects a month, but it has built up its business by focusing primarily on box sets of nostalgia titles like "Freaks & Geeks" and "Leave It to Beaver." Its founders have said that they are stressing digital sales in order to remain profitable while physical goods like DVDs decline.

Shout! has further augmented its revenues with an emphasis on family entertainment. It began its association with Hasbro in 2009 and has also collaborated on projects with Marvel Studios.