Things are getting ugly in Genoa City.

The soap opera world is still reeling from the news that Eric Braeden, the longtime star of CBS’s No. 1-rated "The Young and the Restless," has chosen to leave the series rather than accept a reduction in his estimated salary of $1.5 million per year. 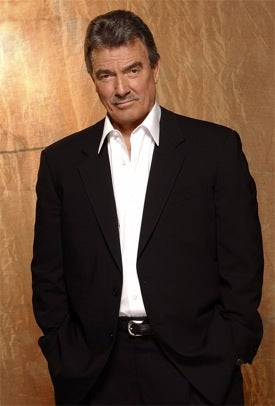 Now there’s word that some well-known actors could end up being cast on the show in order to fill the gap left by Braeden’s scheduled November exit.

First, however, some background.

"Y&R" producer Sony Pictures Television has been doing all it can to make sure the series (along with Sony-distributed "Days of Our Lives") survives in a world increasingly hostile to daytime dramas. Just last month, CBS pulled the plug on the iconic "Guiding Light," proving that no soap is safe.

Earlier this year, Sony brass held a town meeting with the "Y&R" cast and crew in order to outline the studio’s plan to keep the series financially viable in the wake of CBS cutting its license fee for the show. Sony chief Steve Mosko personally detailed the challenges facing the show and the studio’s commitment to keep it healthy for years to come.

Across-the-board pay cuts were announced, part of a plan to spread the pain as fairly as possible.

Interestingly, Braeden didn’t attend the meeting, a person familiar with the session told TheWrap. What’s more, he didn’t accept the idea of a major pay cut.

Under his existing deal, Braeden pulls down roughly $1.5 million per year, according to two people with an understanding of his deal. Sony said it needed to reduce that figure to just over $1 million. (A standard clause in soap deals allows terms to be renegotiated every quarter.)

Even at the reduced level, Braeden would remain the highest-paid actor on the series, as well as one of the top-paid soap stars, period. The reduction was in line with pay cuts other top stars had taken.

Braeden, however, doesn’t think he should take such a big cut. And, according to insiders, he doesn’t think Sony paid him enough respect in approaching him about the decision.

"My God, after 30 years. the perfunctory manner with which one is dealt with!" Braeden told reporter Michael Logan in a TV Guide Magazine story posted earlier this month.

Sony and the show’s producers have already cast William Russ ("Boy Meets World") to play a tycoon role not unlike the one played by Braeden. But now there’s talk the show could yet add a well-known actor to fill the void left by Braeden’s exit.

A source close to the show confirms that the names of Paul Michael Glaser ("Starsky & Hutch") , William Devane ("Knot’s Landing") and Peter Strauss ("Rich Man, Poor Man") have all come up in conversations about the future of "Y&R." While no formal negotiations have taken place, the reps for those three actors have expressed at least preliminary interest in the idea of moving to Genoa City.

And why not? A part on the show would offer steady work, decent hours and a seven-figure salary.

"There are a dozen actors who would jump at this chance," one person close to the show said. "It’s a great job that pays well."

Will Braeden change his mind and agree to a pay cut? Will the show’s producers find a way to fill the hole left by his exit? Can the soap opera business survive?