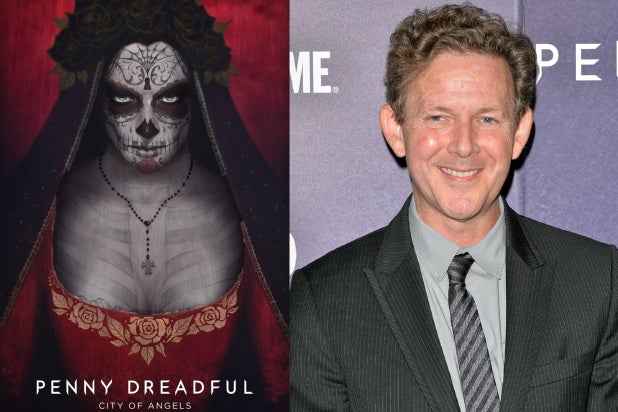 Two years after canceling “Penny Dreadful,” Showtime is ordering a spinoff of the Victorian-era drama titled “City of Angels.”

As its name would suggest, the new series will shift from London to Depression-era Los Angeles (1938 to be exact), “a time and place deeply infused with Mexican-American folklore and social tension,” per Showtime.

Rooted in the conflict between characters connected to the deity Santa Muerte and others allied with the Devil, “Penny Dreadful: City of Angels” will explore an exciting mix of the supernatural and the combustible reality of that period, creating new occult myths and moral dilemmas within a genuine historical backdrop.

“‘Penny Dreadful: City of Angels’ will have a social consciousness and historical awareness that we chose not to explore in the ‘Penny Dreadful’ London storylines,” Logan said. “We will now be grappling with specific historical and real world political, religious, social and racial issues. In 1938, Los Angeles was facing some hard questions about its future and its soul. Our characters must do the same. There are no easy answers. There are only powerful questions and arresting moral challenges. As always in the world of ‘Penny Dreadful,’ there are no heroes or villains in this world, only protagonists and antagonists; complicated and conflicted characters living on the fulcrum of moral choice.”

“Penny Dreadful: City of Angels” is executive produced by Logan, Aguilar, along with Oscar winner Sam Mendes and Pippa Harris, both of Neal Street Productions. Logan’s Desert Wolf Productions will produce, and James Bagley will serve as co-executive producer.

The originals series ran for three seasons from 2014 to 2016, and starred Josh Harnett and Ava Green.