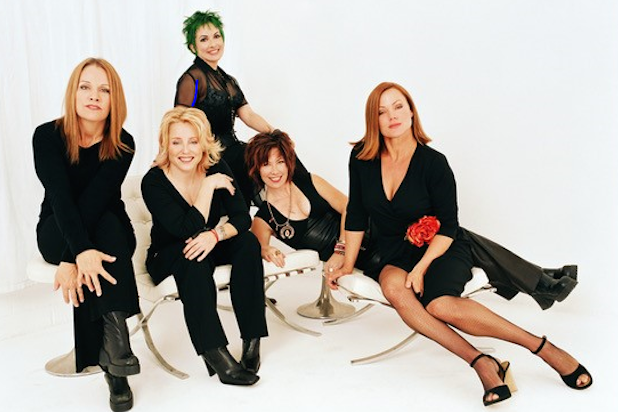 Showtime is head over heels for The Go-Go’s. The network has acquired the U.S. rights to an upcoming documentary on the iconic all-female rock band, Showtime announced on Saturday. Terms of the deal were not disclosed.

The documentary, aptly titled “The Go-Go’s,” will take an in-depth look at the band’s meteoric rise from the Los Angeles punk and new wave scene of the late ’70s and early ’80s. Alison Ellwood — director of the well-received two-part rock doc “History of the Eagles” that aired in 2013 on Showtime — is attached to direct the project.

The band — Charlotte Caffey and Jane Wiedlin on guitar and vocals, Gina Schock on drums, Kathy Valentine on bass, and lead vocalist Belinda Carlisle — granted “full access” to Ellwood, according to Showtime, with candid interviews offering a look at how they became the first multi-platinum, all-female band to top the charts by writing their own songs and playing their own instruments.

“Beauty and the Beat,” the band’s 1981 debut album, rocketed to the number one spot on U.S. charts behind a string of hit singles, including “We Got the Beat” and “Our Lips are Sealed.” The Go-Go’s released two more albums during their ’80s heyday, “Vacation” and “Talk Show,” before disbanding. (The band later released a fourth studio album in 2001.)

The documentary is set to premiere later this year, per Showtime.