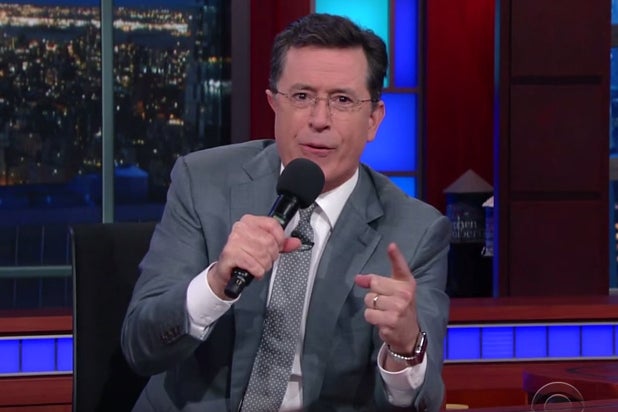 “Stephen wants to do it, I want to do it, the studio wants to do it. It’ll be Colbert unfettered,” network president David Nevins said on Thursday at the Television Critics Association summer press tour. “He promised me he’ll say a couple of curse words, which is important. We’re figuring it out. It’s something we’ve been trying to get him to do for a while.”

While the deal is not done, there are several positive signs that it could happen. For one, Colbert is not scheduled to host “The Late Show” on election night. In addition, CBS and Showtime share a parent company, meaning it could be accomplished without much legal wrangling.

Colbert is also no stranger to live shows. He hosted a live “Late Show” following Super Bowl 50. He also put on live shows during the Republican and Democratic national conventions, which generated his show’s two biggest viral clips to-date, thanks to Jon Stewart‘s guest appearance and Laura Benanti’s impersonation of Melania Trump.

The second presidential debate airs on Sunday, Oct. 9, when Colbert’s show is not scheduled to be on the air.