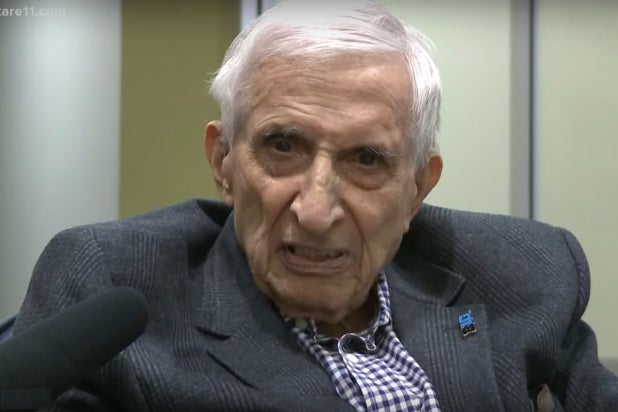 Sid Hartman, the legendary sports columnist for the Minneapolis Star Tribune, died on Sunday at the age of 100, according to his son, Chad.

For decades, Hartman was a mainstay of the Minnesota sports media in both print and broadcast. Born in 1920, he got his start in news as a paperboy and started his own delivery service as a teen. When his service was dropped following the merger of Minneapolis’ three newspapers, one of the heads of the circulation department got him a job as a sportswriter.

Over the next two decades, Hartman rose up the ranks at the Star Tribune, first as a beat reporter for the University of Minnesota football team and later as a daily columnist. But as he did so, he also got involved with the Minneapolis Lakers, becoming the team’s de facto general manager and a key figure in the building of the NBA’s first championship dynasty. He never wrote about the team as they won five championships between 1949 and 1954 before moving to Los Angeles in 1958.

But as the Lakers left Minneapolis, the Twins and Vikings arrived, giving Hartman a chance to even further his sports career. In the ’50s, he expanded to radio, doing interviews and commentary on local station WCCO. He became known on the radio for defending controversial sports figures like New York Yankees owner George Steinbrenner and volatile college basketball coach Bobby Knight, whom he would refer to as “my close personal friend” along with countless other sports figures.

The Star Tribune says that Hartman filed over 21,000 columns and articles for the newspaper over the course of his 75-year career. He never retired, continuing to cover Minnesota sports right up to the day of his death. He is survived by his adopted daughter, Chris, and his son, Chad, who did radio play-by-play for the Minnesota Timberwolves and now hosts a show on WCCO.