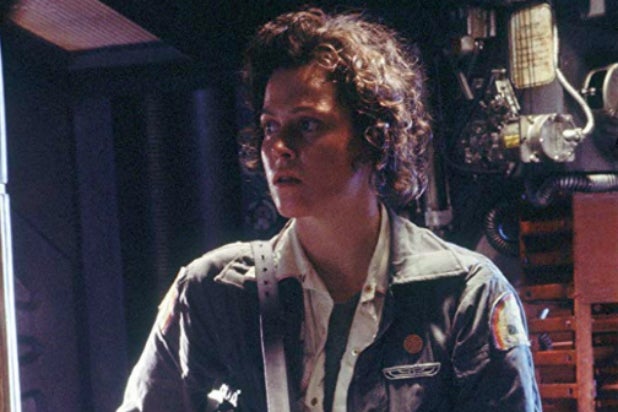 “How exciting is it to be here tonight?” Weaver addressed the audience before the curtain rose, according to the Asbury Park Press

“This is the night I’ve been waiting for!” she continued. “I’ve only been here a couple of hours, but I can tell this is a very special place in a very special town, and in a school like this you have extraordinary teachers…I met the students and I want to say they are so great.”

Watch Weaver approach and address the cast in the video below.

Sigourney Weaver visiting the NBHS cast and crew at their encore performance of Alien after national media recognition was unbelievable!! #alien #Alien40th pic.twitter.com/2UXL0v1H3X

Weaver, who starred in the original 1979 20th Century Fox movie, was one of 800 packed in the North Bergen High School auditorium.

This more modest version of “Alien” went wild on the internet when someone posted video of the original performance in March. The viral video quickly eclipsed 3 million views. That online attention for what was originally intended to be a one-off performance gave birth to Friday’s encore.

Weaver isn’t the only original “Alien” alum to make her presence felt at the New Jersey production. The film’s director Ridley Scott donated $5,000 to the school after hearing about the show. That’s $1,500 more than the play’s modest budget. Any readers sensing a(nother) “Alien” sequel?