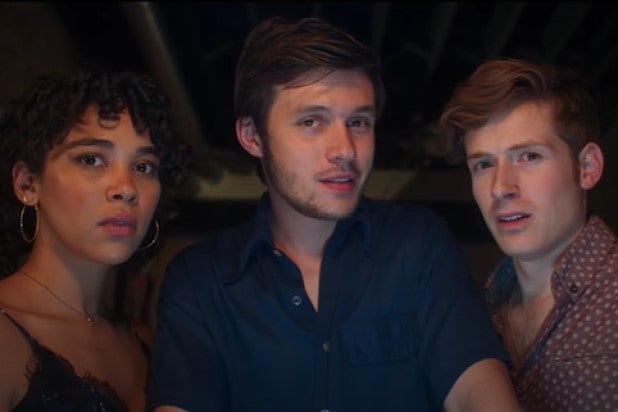 Every gangster wants to be a movie star, and every movie star wants to be a gangster. I learned this by crashing around the globe, horse-whispering criminals into appearing in documentaries and standing on a movie set talking to actors about what it’s like to be gangsters. It’s been a weird, winding, crooked road. Here’s how I walked it.

Nine years ago, two producer friends showed me a video clip of a crooked cop testifying on television. When asked if he considered himself a New York City policeman or a criminal, he paused, consulted with his lawyer, and replied: both.

The second I saw him, I knew there was a movie there.

With the help of a gonzo journalist pal, I tracked down that crooked cop using software favored by bounty hunters.

It took several months, but eventually we got a hit. On a lark, I called the number we’d triangulated and asked, “Is Mikey there?”

The man on the other end was Michael Dowd, christened by the New York Post “The Dirtiest Cop Ever.” He would go on to become the central character in my documentary “The Seven Five,” which told the story of the largest police corruption scandal in NYC since Serpico.

After ripping and robbing his way through the streets of New York during the early ’90s, Dowd finally got pinched out on Long Island. He told me that as he and his crew of crooked cops were being hauled off in the paddy wagon, they turned to one another and asked: Who’s gonna play us in the movie?

Several years later, I stumbled across the story of a Russian mobster, a Miami playboy and a Cuban narco who conspired to sell a submarine to the Cali drug cartel.

Again the sign blinked in my mind: There’s a movie here.

Backed by the same producers and gonzo journalist, I blasted out of a cannon to track down the larger-than-life characters at the center of the tale. The adventure took me to a Panamanian prison, which I smuggled myself into (go figure), the Moscow underworld, a Miami strip club named Porky’s (named after the movie, no s–t) and an undisclosed location in Africa. This would become my nonfiction film “Operation Odessa” (now streaming on Netflix).

At the time, I swore to all three interview subjects I would do everything in my power to one day turn our documentary into a feature film.

They all wanted to know the same thing: Who’s going to play me in the movie?

Recently, I wrote and directed the feature film “Silk Road,” a crime story based on true events about the millennial mastermind who used the Dark Web to unleash the “Amazon for drugs.” In the movie, Ross Ulbricht (played by Nick Robinson) is pursued by a crooked DEA agent (Jason Clarke) who first tries to bring him down… then, failing that, rip him off.

When I finally arrived on set to shoot the movie, the actors all wanted to know what it was really like to be a crooked cop or a young gangster or a confidential informant.

So, I did the only thing I could think of: called for help.

And every narc, crooked cop, Dominican drug lord, Russian mafioso and CI’s came out of the woodwork to lend their expertise.

And to this day, all of them still ask me, when you make my movie who’s gonna play me?

“Silk Road” is now available on digital/Blu-Ray/DVD, on demand and in select theaters. Watch the trailer below:

BIO Tiller Russell
Tiller Russell is an investigative journalist-turned-filmmaker. His limited docuseries “Night Stalker: The Hunt for a Serial Killer” recently landed in the #1 spot on Netflix. He is also the writer/director of the crime thriller "Silk Road," out now.

Tiller Russell is an investigative journalist-turned-filmmaker. His limited docuseries “Night Stalker: The Hunt for a Serial Killer” recently landed in the #1 spot on Netflix. He is also the writer/director of the crime thriller "Silk Road," out now.