Burnett will be involved in repurposing a Chinese reality/game format, while Field and Williams will take part in a web series.

Silverman will deliver a keynote speech on the global transformation of programming and distribution in the digital era at the Mip TV conference in Cannes on April 13.

The studio’s U.S. scripted slate will be announced in the coming weeks.

“We are thrilled to team up with some of the most talented producers, broadcasters and digital entities to bring to market a compelling slate of high concept, next generation programming for global audiences,” Silverman said in a statement. “We are particularly excited as a number of our projects are truly bridging the gap between traditional television, the internet and other media platforms, which will greatly enhance the audience experience.”

Created by Bringiton, "Big Time Spender" highlights contestants from different backgrounds who compete to be the nation’s smartest shopper. It’s the first Western-developed and -owned format to be successfully produced, broadcast and syndicated in mainland China on CCTV, where it garnered the highest ratings on the network. Martin Gisselman, who created and produced the show in China, is attached to the U.S. version as a producer. Multiple global advertisers participated and more are looking to participate around the world.

"Ready, Set, Dance!," created by Notional execs Cleve Keller and Dave Noll in partnership with Electus, is a first-of-its-kind dance competition series that seamlessly combines the web and television. 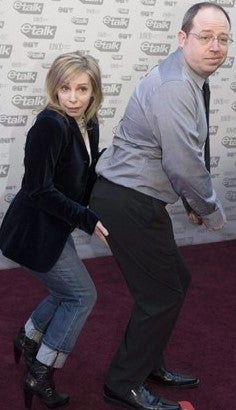 National food showdown "Munch Madness: The National Food Tournament" comes from Sharp Entertainment, creators of Travel Channel’s "Man v. Food." Competitors from around the country will compete across various food divisions in a whirlwind tournament bracket format played out like a food-fueled, mouthwatering version of March Madness. The show aims to settle which of the nation’s heralded greasy-spoon landmarks has the best dishes in the country. It’s the first of three projects on which Sharp and Electus are partnering.

Also, as previously announced, Electus signed a distribution partnership with Israel’s Abbot Reif Hameiri Production Company and will its Israeli programming across all platforms in the United States. Likewise, ARH can repurpose Electus’ multiplatform content to sell to the Israeli marketplace.

That deal kicked off with interactive game show "Cuckoo’s Nest," to which Electus secured international and U.S. rights.

Also from ARH, Electus Distribution has obtained international and U.S. rights to "TLV," an Israeli format docudrama following four roommates in their 20s as each gets the job opportunity of a lifetime in entertainment, media and public relations.