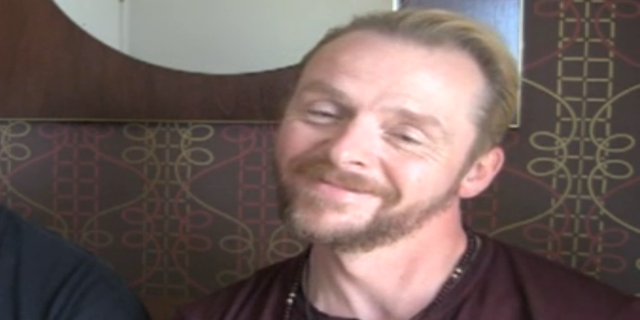 Simon Pegg has walked back his "fuck you" to fans who voted his "Star Trek: Into Darkness" as the worst-ever Star Trek movie. The only problem is, that might be as truthful as the rumors that Pegg will be appearing in the upcoming Ant-Man film.

"Can I just please point out, following a few recent headlines of 'Simon Pegg says 'f–k you' to Star Trek fans,' I was doorstepped by a journalist very early in the morning who told me that Into Darkness had been voted the worst in a poll or something,” Pegg said in an interview with Collider.

The journalist in question was Huffington Post's Mike Ryan, who quoted Pegg as saying: "a lot of hard work and love went into that movie, and all J.J. wanted to do was make a film that people really enjoyed. So, to be subject to that level of sort of, like, crass f–king ire, I just say f–k you. Not you, but the people who said that."

Learned today that I showed up on Simon Pegg's doorstep early in the morning to ask about Star Trek. This was actually said in an interview.

I suppose "doorstep" equals a scheduled interview at the Waldorf Astoria and "early in the morning" equals 3:45 p.m. So, sure.

Ryan has threatened to post the audio of the interview, but said he was waiting to hear back from Pegg's publicist first.

Neither Pegg's publicist nor Ryan immediately responded to TheWrap's requests for comment.