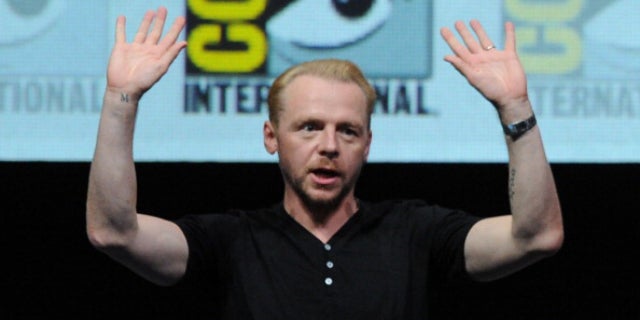 Simon Pegg has a message for those who say that "Star Trek Into Darkness" is the worst movie ever made of the franchise: "F— You."

The comedic actor/writer passed along that sentiment during an interview with Mike Ryan of The Huffington Post. Ryan informed Pegg that at a "Star Trek" fan convention in Las Vegas earlier in August, attendees ranked "Into Darkness" as the worst of the "Star Trek" movies, ever.

Pegg was surprised, responding, "It absolutely isn't the worst 'Star Trek' movie," Pegg said. "It's asinine, you know? It's ridiculous. And frustrating."

He continued, "To be subject to that level of sort of, like, crass f—ing ire, I just say f— you."

By most accounts, "Into Darkness" is not even close to the worst "Star Trek" film ever. It currently has an 87 percent "fresh" rating on Rotten Tomatoes.

The only explanation that Pegg could come up with for those negative feelings lies within a combination of nostalgia and how people occasionally treat an indie band that makes it big.

"I think it's like when you tire of an indie band that you love because, suddenly, they get a number one single," Pegg opined. "You don't necessarily start disliking their music, but you stop liking them because you're pissed off that they're famous."

Pegg was promoting his new film, "The World's End," which comes out Aug. 23.