Simone Biles is opening up about her decision to quit training after dropping out of the team and individual all-around events in the Tokyo Olympics. The gymnast says that, at the time, it was a literal matter of life and death — now, it’s matter of finally focusing on healing after her time with Larry Nassar.

In an interview with The Cut published Monday, Biles dug in on how she’s made a conscious effort to focus on her mental health in recent months. Really, it stems from the fact that she didn’t fully give herself time to process and heal following the very public fall and subsequent arrest of Larry Nassar in 2018, and the sexual abuse she suffered from him. But she noted that she pushed on in spite of him.

“If you looked at everything I’ve gone through for the past seven years, I should have never made another Olympic team,” Biles said. “I should have quit way before Tokyo, when Larry Nassar was in the media for two years. It was too much. But I was not going to let him take something I’ve worked for since I was 6 years old. I wasn’t going to let him take that joy away from me. So I pushed past that for as long as my mind and my body would let me.” 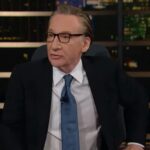 According to Biles, she went to therapy prior to the Olympics, but didn’t return afterward because she thought she was “good to go.”

Biles also acknowledged that she’s fully aware that she’s considered “the GOAT” of the gymnastics world, and in fact, of most athletes. But she said she’s only gotten as far as she has thanks to “God-given talent.” When asked if she thinks another athlete will come along and shatter her tricks and records, she conceded that it’s “definitely feasible,” but is probably a long shot.

“At the end of the day, to accomplish everything I’ve done? That talent probably cannot be matched yet,” Biles said. “Looking at my stats, especially in gymnastics, where it’s so injury-filled — I’ve never had a huge injury stop me from a big meet. To be so healthy for so many years? That never happens. It’ll be a long time for somebody to accomplish what I’ve accomplished.”