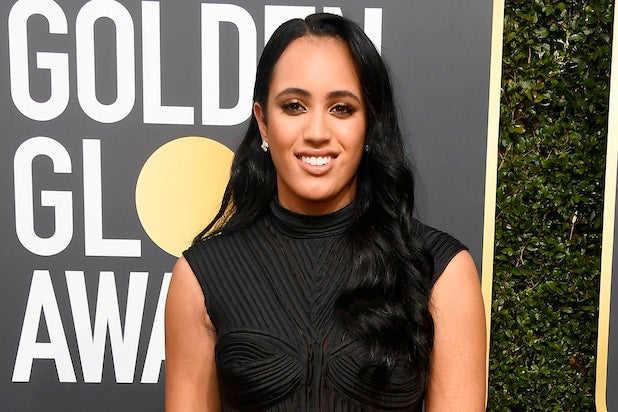 Simone Johnson, the daughter of Dwayne “The Rock” Johnson and Dany Garcia, has begun training at the WWE Performance Center in Orlando, Florida, WWE said on Monday.

Should she make it to a roster, Simone would become the first fourth-generation Superstar in WWE history. Before her dad ever dropped a People’s Elbow, his father and grandfather, Rocky Johnson and “High Chief” Peter Maivia, competed in the ring.

“It means the world to me,” Simone Johnson said in a statement. “To know that my family has such a personal connection to wrestling is really special to me and I feel grateful to have the opportunity, not only to wrestle, but to carry on that legacy.”

“Simone Johnson’s unbridled passion and incredible drive has earned her a coveted spot training with the elite athletes from around the world at the WWE Performance Center,” said Paul “Triple H” Levesque, executive vice president of Talent, Live Events & Creative. “Not only does Simone now have an opportunity to cultivate and display her passion for WWE within the Performance Center, but she’ll carry on the tradition of her incredible family lineage while creating her own impact as WWE’s first fourth generation Superstar.”

“Simone knows she has a lot to learn,” Bloom said. “She’s hungry to learn and picks the coaches’ minds, and the veteran Superstars’, as well. She’s not going to rest on her laurels. It’s been a short time, but she’s been crushing it.”

“Simone is a wonderful girl,” Amato added. “She’s like a sponge, it’s pretty amazing. She knows what it takes to succeed and all the hard work and sacrifice that goes into it. I wouldn’t have expected anything less.”

Simone’s grandfather Rocky Johnson passed away last month at age 75. He and Maivia are WWE Hall of Famers — it’s just a matter of time before Dwayne gets the honor.