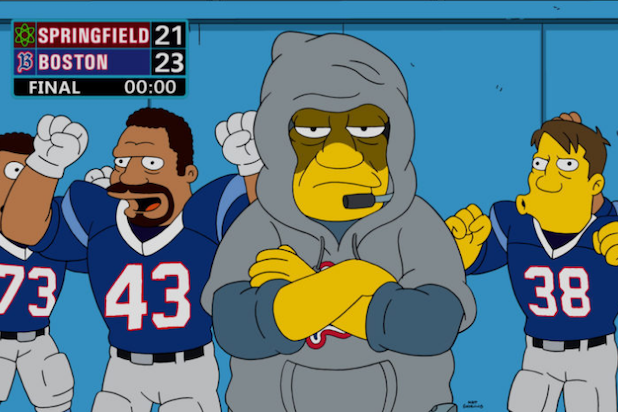 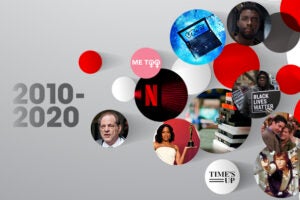 Fox’s “The Simpsons” turned 30 this week, and the age looks good on them — especially just after the final whistle of a late-afternoon NFL game.

This fall, on Sundays when Fox had the late-afternoon (4:25 p.m. ET) national-TV game as a lead-in for “The Simpsons,” the 8 p.m. animated comedy has averaged a 1.9 rating among adults 18-49 and 5.299 million viewers overall, according to Nielsen’s Live + Same Day numbers. On the Sundays that CBS had the late-afternoon game and Fox did not, “The Simpsons” has averaged a 0.8 rating and 2.111 million total viewers.

Simply put, the football doubleheader (there’s also been a 1 p.m. ET game in these circumstances) lead-in more than doubles the day-of viewership and demo rating for the long-running cartoon, which was first introduced to TV audiences back in 1987 as a short on “The Tracey Ullman Show.”

“The beauty of having NFL on Sunday (and Thursday), is that it gives us an enormous platform to promote our entertainment shows,” Will Somers, head of research at Fox Entertainment, told TheWrap. “Sundays, specifically, enjoy substantial bumps in viewership after double-headers, beginning with ‘The Simpsons’ and lasting throughout the night.”

“Bottomline, we love football because of the power it has in amassing an incredible amount of viewers across many demos,” Somers said.

Also Read: Ratings: There It Is, a New Low for 'Miss America'

You know who else loves football? CBS, which pretty much trades off the privilege of that doubleheader weekly with Fox. (There are some exceptions to that general schedule.)

The network with the “off” week airs a single game in different parts of the country, with most markets kicking off at either 1 p.m. ET/10 a.m. PT or 4:05 p.m. ET/1:05 PT. That 4:05 p.m. ET game may bleed a little bit into primetime, but that’s just in a few markets, for a few minutes, and is typically not as strong a schedule as the second game of a doubleheader. Those don’t even really count in the grand scheme of things.

Whichever network does have the 4:25 p.m. ET game — which tends to feature the more marquee matchups heavily relying on teams like the New England Patriots, Dallas Cowboys and Green Bay Packers — includes the natural overrun in their national ratings for Sunday night and for the week overall. Primetime, which traditionally begins at 8 p.m. ET, starts an hour earlier on Sundays.

Also Read: 11 TV Winners and Losers of 2019: From Fox's 'The Masked Singer' to Jussie Smollett

Complicating matters even further, on the very last Sunday of the season (Dec. 29 this year), the NFL gives both CBS and Fox a doubleheader and both get a shot at that big NFL lead-in. This coming Sunday, the one before the final one of 2019, Fox and “The Simpsons” again have the privilege, just like last week.

Season to date and sans late-afternoon football, CBS’ Sunday-primetime opening series “60 Minutes” has averaged a 0.7 Live + Same Day rating and 8.109 million total viewers. But with that 4:25 p.m. ET game, the CBS newsmagazine series jumps to a 1.9 rating and 12.174 million viewers. That’s an even bigger bonus in the key demo than “The Simpsons,” though a more modest bump in total viewers.

In case you were wondering, delayed viewing doesn’t actually change much here, proving the power of those pricey NFL rights.

With seven days of (mostly) DVR catch-up viewing, “Simpsons” episodes with an NFL lead-in grew to a 2.2 demo rating and 5.915 million overall viewers. Without an NFL lead-in, the Fox animated comedy’s episodes rose to a 1.0 rating and 2.552 million total viewers after a week’s worth of delayed viewing.

In other words, the current success of “The Simpsons” maybe shouldn’t be attributed to Homer, Marge and Bart so much as to Brady, Dak and Rodgers.

This Sunday, Week 16 of the NFL regular season, the Cowboys take on divisional rival the Philadelphia Eagles at 4:25 p.m. ET on Fox. Though there are playoff implications for the winner, we can already mark down a big “W” for the yellow team from Springfield. 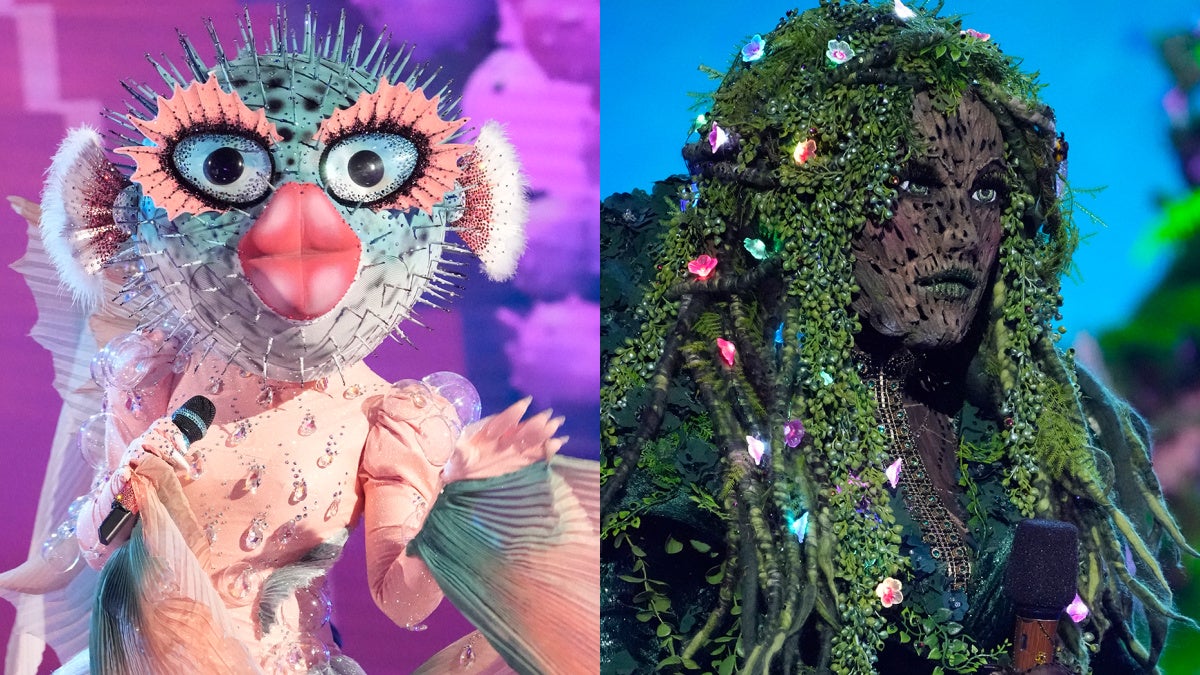 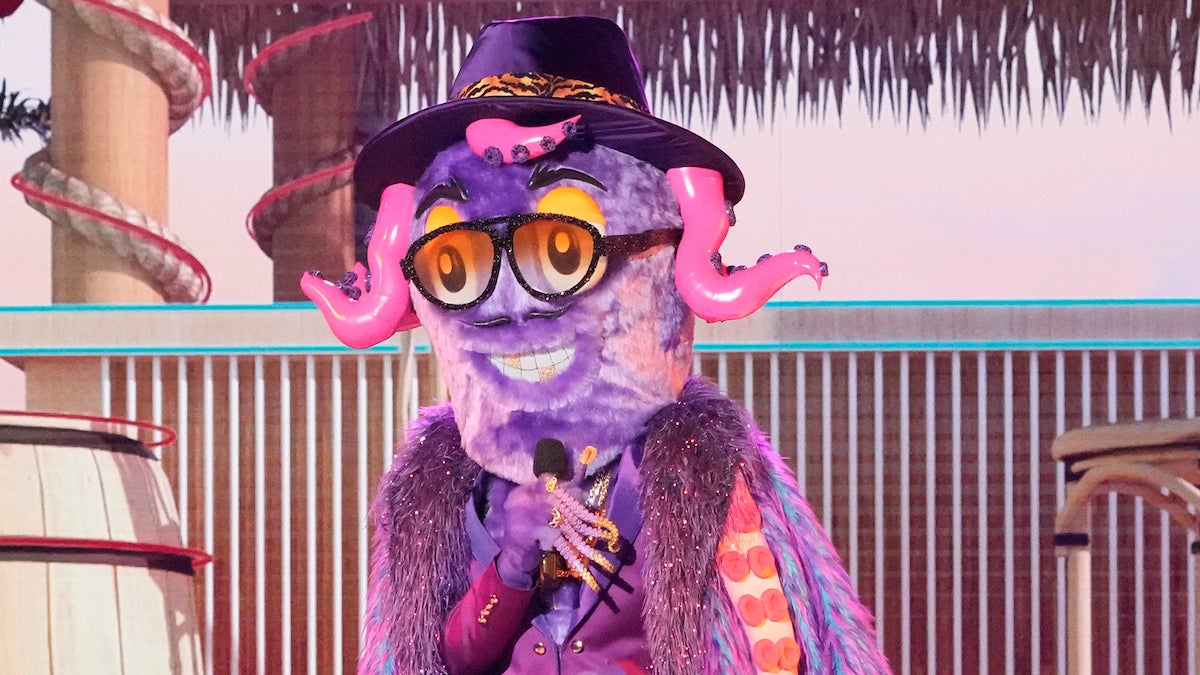 ‘Masked Singer': Octopus on How Designer Made Show’s Tallest-Ever Costume for Him