Hardcore “Simpsons” fans know the name John Swartzwelder, the man who wrote dozens of classic episodes of the show during its golden years. Now he’s sharing the secret of his phenomenal success… and would you believe it involves comparing himself to a “crappy little elf”?

The legendary scribe is responsible for some of the most memorable episodes of “The Simpsons,” like the one where Johnny Carson juggled a car while singing opera on Krusty the Klown’s comeback special, and another where Ken Griffey Jr. took a spoonful of Mr. Burns’ brain tonic and said, “It’s like there’s a party in my mouth, and everyone’s invited!” He’s also the man behind Frank Grimes and the show’s darkest episode, “Homer’s Enemy.”

In an extremely rare interview with The New Yorker, Swartzwelder opened up about his influences and his long career leading up to “The Simpsons.” But his wit truly came forward when he described his process for writing a “Simpsons” episode. 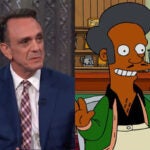 “I always write my scripts all the way through as fast as I can, the first day, if possible, putting in crap jokes and pattern dialogue,” he explained. “Then the next day, when I get up, the script’s been written. It’s lousy, but it’s a script. The hard part is done.

“It’s like a crappy little elf has snuck into my office and badly done all my work for me, and then left with a tip of his crappy hat. All I have to do from that point on is fix it. So, I’ve taken a very hard job, writing, and turned it into an easy one, rewriting, overnight.”

Swartzwelder said he highly recommends that writers use the same process to get the best out of their work, “and be sure to send me a small royalty every time you do it,” he added. 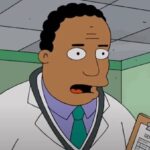 Since leaving “The Simpsons” in 2003, Swartzwelder has spent several years self-publishing a series of detective novels that echo the kind of absurd, where-did-that-joke-come-from humor that he became known for in “The Simpsons.” Some of the titles hint at their wackiness: “The Time Machine Did It,” “The Spy With No Pants” and “The Squirrel Who Saved Practically Everybody,” to name but a few.

All of Swartzwelder’s episodes, along with the rest of “The Simpsons,” can be streamed on Disney+.