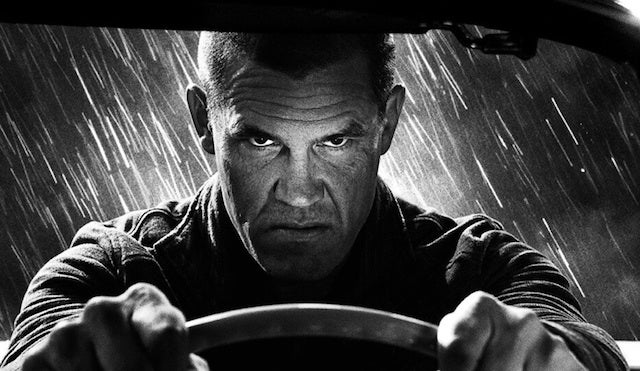 "Sin City: A Dame to Kill For" has closed a deal to bring on Prime Focus as an investor in the ultra-violent comic book sequel, TheWrap has learned.

The visual-effects house will contribute cash and effects work, as well as offer tax incentives it receives for post-production work in places like Canada and the U.K. Prime Focus' total investment in the Robert Rodriguez-directed sequel is valued at between $16 million to $19 million, according to an individual with knowledge of the negotiations. In return it will receive equity in the production starring Bruce Willis, Joseph Gordon-Levitt, Josh Brolin and Mickey Rourke.

Producer Aaron Kaufman declined to comment on the value of the deal, but said the production always intended to bring on a visual-effects partner that would contribute work in return for a stake in the film.

He admitted that financing an effects-heavy work like "Sin City: A Dame to Kill For" independently was a challenge, but stressed that the film was not compelled to reach out to Prime Focus because of financial difficulties.

"This is a large undertaking and it's had its challenges," Kaufman said. "It's tough to pull these pieces together, but the film was never financially troubled. Considering the size and scope we've fared pretty well. It was always our idea to bring on a strategic visual-effects partner as part of our financing."

It is unusual, but not unheard of for a visual-effects company to invest in a film it works on. As the industry has been buffeted by shrinking profit margins and a fiercely competitive fixed bid process, various visual-effects studios have been experimenting with alternate revenue streams or compensation models that give them more ownership in the work they produce. Oscar-winning visual-effects shop Digital Domain, for instance, is a co-producer and investor in the upcoming science fiction film "Ender's Game."

Prime Focus will contribute at least 2,300 effects shots to "Sin City: A Dame to Kill For," making it the largest project in the company's history. Like its predecessor, the heavily stylized neo-noir film was shot almost entirely in front of green screen with backdrops and other effects added later in an effort to match the look and feel of creator Frank Miller's original comicbook illustrations.

Filming on the movie was completed in early 2013 and post-production work has started, Kaufman said.

Prime Focus will likely be the film's sole visual-effects provider. Rodriguez will serve as visual-effects supervisor while Jon Cowley will oversee Prime Focus' team of artists. Cowley previously worked on "District 9" and "The Twilight Saga: Eclipse."

Kaufman argued that Rodriguez regularly raises money in unconventional ways to maintain his artistic freedom and ownership stake in his films, something he could not achieve with a studio backer.