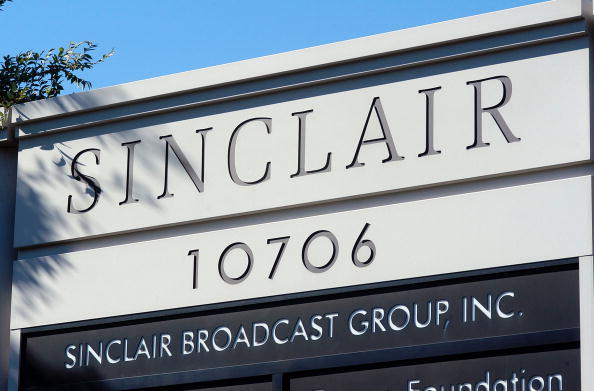 Sinclair Broadcasting has withdrawn a $25,000 donation to the National Press Photographers Association, the organization announced in a Friday statement. The NPPA says the actions from Sinclair were punitive and a result of a previous statement from the group in recent days that had been critical of the media company.

“Yesterday, NPPA made a statement regarding recent comments and coordinated messaging about the media made by Sinclair Broadcast Group,” read the statement on the NPPA website. “Today, less than 24 hours after we made that statement, Sinclair informed us that a promised $25,000 donation to our legal advocacy program would not be forthcoming,”

In their original statement, the NPPA chided Sinclair for blurring the lines between news and opinion.

“On-camera personalities – who, to viewers, are the trusted faces of news departments – were used by Sinclair to disseminate their coordinated message,” said the NPPA. “In newsrooms, the division between opinion and fact is a sacred one. Borrowing the credibility of those employees for this messaging could be construed as an affront to widely-held journalistic standards.”

The statement was relatively mild and even included a counter-statement from Sinclair senior vice president for news Scott Livingston, who is a three-time winner of the organization’s regional “Photographer of the Year” award.

A rep for Sinclair did not immediately respond to request for comment from TheWrap.