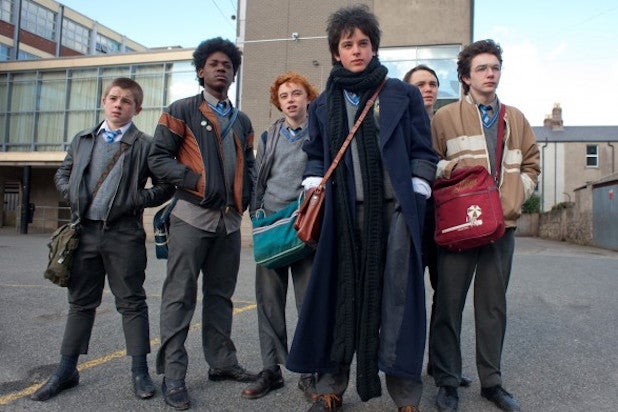 “Sing Street,” the 2016 coming-of-age musical film from director John Carney, is set to become a stage musical from the same team that developed the stage adaptation of the Tony-winning “Once.”

Carney, who directed both films “Once” and “Sing Street,” has — along with Gary Clark — provided the music and lyrics for the “Sing Street” musical. The book is written by Enda Walsh, who also wrote “Once” and “Lazarus.” Rebecca Taichman (“Indecent”) will direct, with choreography by Sonya Tayeh.

The production will debut off-Broadway as part of the 2050 Artistic Fellowship At New York Theatre Workshop, which is the same location where “Once” initially made its premiere in 2011.

Set in 1985 Dublin at a time when everyone is out of work and thousands are seeking bluer skies across the Irish Sea, “Sing Street” follows 16-year-old Conor and his schoolmates, who turn to music to escape troubles at home and impress a mysterious girl. The score for the movie featured original songs that captured ’80s New Wave rock and pop.

“Sing Street” was an indie hit nominated for a 2017 Golden Globe for Best Motion Picture – Musical or Comedy, and it made $13.6 million worldwide.

Dates for the musical production of “Sing Street” are to be announced.