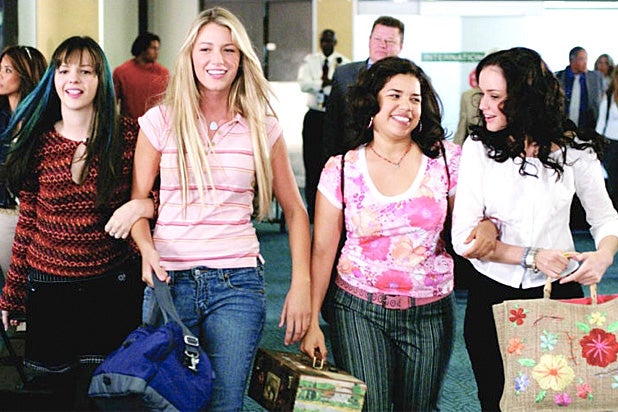 That magical pair of jeans that seems to perfectly fit four very different teenage girls may soon get a Broadway upgrade.

Alcon Entertainment and Alloy Entertainment on Tuesday announced plans to develop a stage musical based on the hit 2005 movie “The Sisterhood of the Traveling Pants.”

Amber Tamblyn, America Ferrara, Blake Lively and Alexis Bledel starred in the successful teen drama, which spawned a 2008 sequel that actually did better at the box office. They played best friends who spend a summer apart while passing along a pair of jeans that seem to fit each of them and lets them remain close despite their disparate adventures.

Also Read: Alexis Bledel on 'Sisterhood of the Traveling Pants' Reunion: 'We're Working on It' (Video)

Blue Spruce Productions, led by Tony Award-winning theatrical producer Scott Delman, has acquired the live theatrical rights from Alcon and Alloy and will serve as the project’s lead producer. The producers have yet to announce a creative team for the project.

The films, based on Ann Brashares’s best-selling and award-winning young-adult novels, were produced by Alcon and Alloy and have developed a rabid fan base among young women over the years.