Six different reality shows featuring athletes have aired over the summer or will debut before it is over. Most of them showcase big-name stars, like Shaquille O’Neal or Michael Irvin. Two are on ABC; four others are on major cable networks.

Most notably, all focus on the athletes — and two of them even venture where few shows have gone before, into the athletes’ private lives.

“PROS VS. JOES”
Season Premiere: April 27
Network: Spike TV
This was the fourth season of “Pros,” but the show is credited with making some of the summer’s new programs possible. The premise is simple — male amateur contestants (the “Joes”) compete against professional athletes (the “Pros”). The vast majority of the athletes are retired, but the competition-centered nature of the show, as well as the limited time commitment, have proven appealing. This past season featured former NBA and NFL players like Alonzo Mourning and the late Steve McNair. 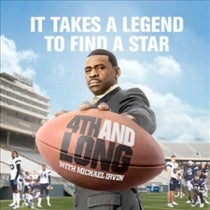 Season Premiere: May 18, 2009
Network: Spike TV
With a mostly male audience and a proven success in “Pros,” Spike jumped at the opportunity to do another sports-reality show. Former Dallas Cowboy Michael Irvin, now in the NFL Hall of Fame, pitched the show, in which six wide receivers face off against six defensive backs. Irvin, as host, picks the winner, who gets a spot in Cowboys’ training camp. Jesse Holley, who played wide receiver at the University of North Carolina Chapel Hill, won the debut season. 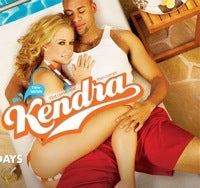 "KENDRA"
Series Premiere: June 7, 2009
Network: E!
The only show that technically has nothing to do with sports, as it focuses on the life of model Kendra Wilkinson, Hugh Hefner’s ex-girlfriend. Wilkinson, a playmate who was on E!’s “The Girls Next Door,” allows cameras to document her life, from her engagement to living on her own for the first time. However, Wilkinson recently married Philadelphia Eagles’ wide receiver Hank Baskett. As the show’s second most prominent character, Baskett reveals his life to the viewing public, even entering the confessional to make verbal diary entries. After the highest-rated series debut on E! since 2002, the show has already been given the go-ahead for a second season.

"SUPERSTARS"
Season Premiere: June 23
Network: ABC
The original “Superstars” aired from 1973 to 1994 and came back a few years after

that, but this summer’s remake added a new wrinkle — celebrities. As if intentionally blurring the line between the celebrity and the athlete, ABC replaced the old format — in which athletes competed against one another — with one where each athlete is teamed with a celeb. The show’s finale airs Monday night with three final teams remaining — skier Kristi Leskinen and "Dancing With the Stars’" Maksim Chmerkovskiy, skier Bode Miller and designer Paige Hemmis and WNBA star Lisa Leslie with former "Baywatcher"-er David Charvet. 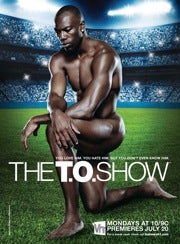 "THE T.O. SHOW"
Series Premiere: July 20
Network: VH-1
Never one to show interest in others, football star Terrell Owens launched a show on VH-1 all about himself, making him one of the first athletes to let cameras follow him around everywhere. While most of the other athlete-based reality shows have centered around competitions, Owens takes viewers through his personal life, hoping to convince them that “Terrell” is not like the egomaniacal “T.O.”  they have come to know on ESPN. The show’s early episodes document his move to L.A., where he mostly seems interested in meeting women, and his subsequent trip to Buffalo, where he has signed to play this upcoming season. Next up: Terrell tries to sit down with his estranged father. 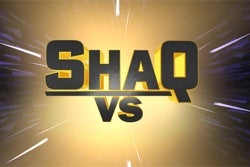 Network: ABC
The only one of the shows that has yet to air, “Shaq Vs.” is like a cross between “Superstars” and “Pros vs. Joes.” It also has the biggest athlete to hit reality TV yet — Shaquille O’Neal. Shaq will take on athletes in their own sports, including St. Louis Cardinals slugger Albert Pujols, Olympic swimmer Michael Phelps and tennis star Serena Williams. Each show will feature preliminary challenges, news conferences, quality time with kids and end with a main event. The winner gets nothing — just bragging rights.