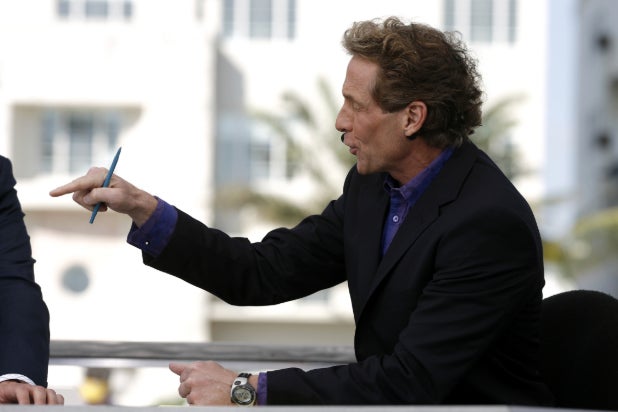 On Friday’s “Undisputed,” Skip Bayless addressed the backlash to his prior-day comments about Dallas Cowboys quarterback Dak Prescott saying he suffered depression early on in the coronavirus shutdown.

“I want to reiterate some points I made yesterday on the show about Dak Prescott and the depression he discussed. As I strongly stated, I have great compassion for anyone suffering clinical depression, which is very real,” Bayless said midway through this morning’s debate with Shannon Sharpe. “If you are suffering from any point of depression, please seek help.”

“And this is the final point, one I’m told was misconstrued by many, the only Dak depression I addressed on yesterday’s show was from an interview he taped with Graham Bensinger. Dak said that depression happened soon after the pandemic hit, early in the quarantine. I said yesterday that if Dak needed help for pandemic depression, he should have sought counseling then,” Bayless continued. “And again, if you are suffering from any form of depression, please seek help.”

Information for the National Suicide Prevention Lifeline was posted on the lower-third of the FS1 screen during Bayless’s Friday remarks.

“All throughout this quarantine and this offseason, I started experiencing emotions I’ve never felt before,” Dak Prescott told Bensinger during their conversation earlier this week. “Anxiety for the main one. And then, honestly, a couple of days before my brother passed, I would say I started experiencing depression.”

Jace Prescott died by suicide in April. The U.S. was pretty much shut down by COVID-19’s arrival by then.

On Thursday’s episode of “Undisputed,” Bayless said that the Cowboys quarterback’s comments about his anxiety and depression do not live up to “the ultimate leadership position in sports.”

“You are commanding an entire franchise,” Bayless said on yesterday’s show. “They’re all looking to you to be their CEO, to be in charge of the football team. Because of all that, I don’t have sympathy for him going public with, ‘I got depressed’ and ‘I suffered depression early in COVID to the point that I couldn’t even go work out.’ Look, he’s the quarterback of America’s team.”

Last night, Fox Sports said it has “addressed” the issue of the “insensitive comments” with Bayless.

“At Fox Sports, we are proud of Dak Prescott for publicly revealing his struggle with depression and mental health,” the cable channel said in a statement. “No matter the cause of the struggle, Fox Sports believes Dak showed tremendous courage which is evident in both his leadership on the Dallas Cowboys and in his character off the field. We do not agree with Skip Bayless’ opinion on Undisputed this morning. We have addressed the significance of this matter with Skip and how his insensitive comments were received by people internally at Fox Sports and our audience.”

Prescott himself responded to Skip Bayless’ comments on Thursday, telling reporters that “being a leader is about being genuine and being real.”

“I think it’s important to be vulnerable, to be genuine, to be transparent,” Prescott said. “I think that goes a long way when you’re a leader and when your voice is being heard by so many, and you can inspire.”

Watch Bayless and his Friday follow-up below:

A bizarre, weak, hallow, non-apology from Skip Bayless this morning after his horrifically insensitive comments yesterday.

Bayless seems to argue that he only criticized Dak Prescott for acknowledging “pandemic depression.”