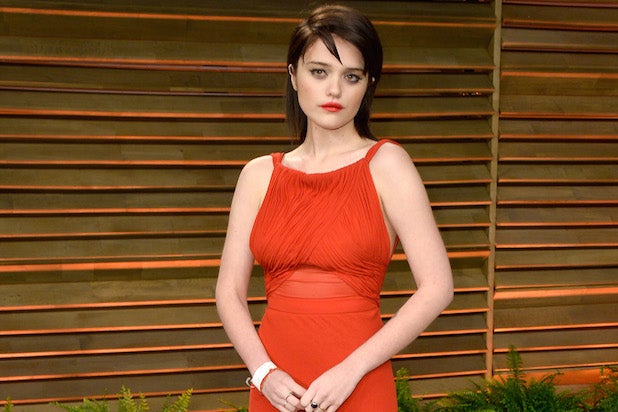 Singing sensation Sky Ferreira has signed on to join Oscar winner Nicolas Cage and Elijah Wood in the indie crime thriller “The Trust,” TheWrap has learned.

Benjamin and Alex Brewer are directing from a script that Benjamin Brewer co-wrote with Adam Hirsch.

Story follows two corrupt cops, Jim Stone (Cage) and David Waters (Wood), who are stuck working in the evidence room of the Las Vegas Police Department. When Stone discovers a vault holding drug money sealed in the back of a convenience store, he and Waters team up to pull off a bold heist.

Braxton Pope and Molly Hassell are producing the film, which is currently shooting in Las Vegas. Mike Nilon is executive producing along with HFG’s Arianne Fraser and Delphine Perrier.

Ferreira is a popular musician whose first studio album, “Night Time, My Time,” was released to critical acclaim by Capitol Records in 2013. She recently wrapped production on “Elvis & Nixon,” starring opposite Michael Shannon, Kevin Spacey and Alex Pettyfer.

Ferreira, who will soon be seen in Eli Roth’s “Green Inferno,” is represented by CAA and Mosaic.