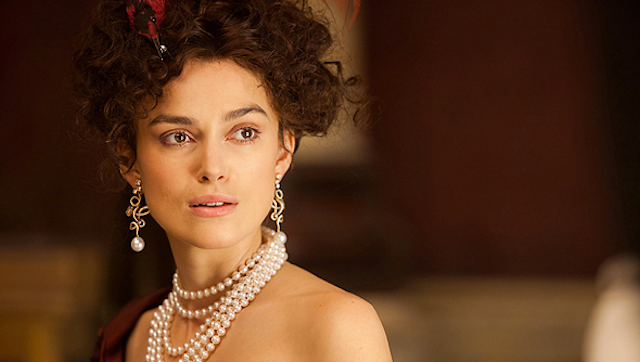 Though up for five Oscars, “Skyfall” is not nominated in this category. The guild still lauded the latest film in the iconic spy franchise in its Contemporary Film section, one of two wins for 007 on Saturday.

Production designer Sarah Greenwood won for her work in Joe Wright’s “Anna Karenina,” an adaptation of Leo Tolstoy’s iconic novel. “Karenina” was one of three Oscar nominees in the Period Film category. George Zimmerman won the year’s lifetime achievement award, honoring a career best known for his work on “Star Trek.” Zimmerman, unable to attend due to an ilness, previously won in 1996 for his work on the pilot episode of “Star Trek: Deep Space Nine.”

Comedian Paula Poundstone hosted the ceremony, which gives out nine awards, honoring the best in film, television, commercials and music videos. Mark Worthington won in the TV Movie or Mini-Series category for his work on “American Horror Story: Aslyum.” The show edged out “Game Change,” Hatfield and McCoys,” “Hemingway & Gellhorn” and “Mockingbird Lane.”

Keith Raywood and his team took home the award for the Mick Jagger-hosted episode of ‘Saturday Night Live” in the Multi-Camera, Variety or Unscripted Show category. The Oscars received an award as well, with John Myhre taking the trophy in the Awards, Music or Games Show category.

HBO earned a pair of awards, for “Girls” and ‘Game of Thrones.” “Girls” won in the Half-Hour Single Camera Series thanks to Judy Becker, who thanked the show’s creator and star Lena Dunham in her acceptance speech. “Game of Thrones” triumphed in The One-Hour Single Camera category for Gemma Jackson’s work on “The Ghost of Harrenhal,” the fifth episode of the show’s second season.

XBOX came out on top in the Commercial and Music Videos field for Christopher Glass’ work on “Halo 4 Commissioning.”