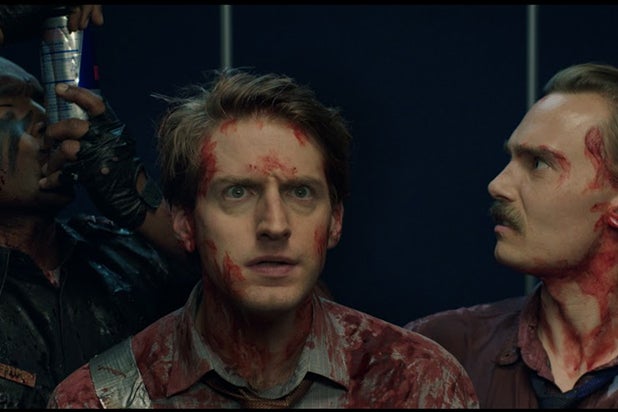 Described as “Office Space” meets “Shaun of the Dead,” the film stars Fran Kranz (“Cabin in the Woods”) as an overworked office worker whose telemarketing company is slowly taken over by vampires led by his longtime nemesis, played by Pedro Pascal (“Game of Thrones”).

“Bloodsuckng Bastards” was developed by Fortress Features and Maybe This Year Productions in partnership with Dr. God and director O’Connell. The film was written by Dr. God and Ryan Mitts, financed by Fortress and MTY, and produced by Fortress’ Brett Forbes and Patrick Rizzotti (“The Collector”), MTY’s Brandon Evans and Colleen Hard and Dr. God’s Justin Ware.

The film made its world premiere on Jan. 23 as the opening night feature for the Slamdance Film Festival, where it received strong reviews from genre press.

“Dr. God has made a gem of a horror comedy that fans will be quoting for years to come.  It has the broad appeal of a mainstream hit, but the twisted sensibility of a cult favorite.  It’s right at home here, and we plan to take good care of it across all distribution channels,” said Jordan Fields, associate VP of acquisitions for Shout! Factory.

“We are very grateful to Slamdance for picking our movie to kick start this year’s festival and we couldn’t be more excited about teaming up with Shout! Factory,” said Rizzotti. “Shout! represents some of the most respected titles in the genre world and we have no doubt they will do a killer job releasing ‘Bloodsucking Bastards’ to the masses.”

“We had an incredible time making this movie, and we can’t wait for Shout! Factory to unleash it on audiences everywhere. They know the genre inside and out, they completely get the film, and they’re as excited as we are. We couldn’t ask for a better partner,” added Ware.

The deal was brokered on behalf of the producers by Movie Package Co’s Shaun Redick and Ray Mansfield, David Albert Pierce of Pierce Law Group and Shout! Factory’s Fields.

For more information about the movie, please visit www.bloodsuckingbastards.com or the movie’s Facebook and Twitter pages. Watch the film’s trailer below.