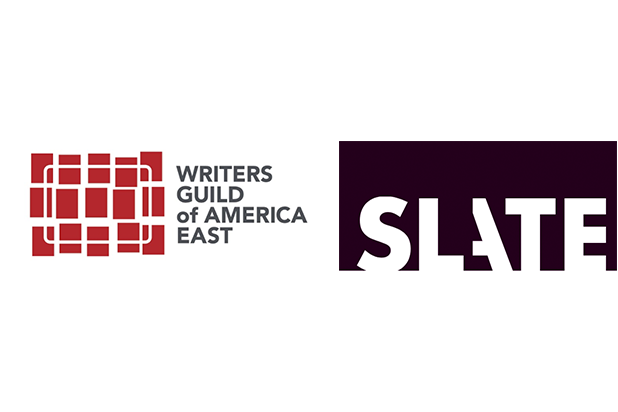 A majority of employees at Slate have voted to unionize with the Writers Guild of America, East, AFL-CIO (WGAE) as their representative for bargaining, WGAE announced Tuesday.

“Employees at Slate, one of the first and finest digital-native news organizations in the country, have made themselves heard, resounding in their decision to join the movement for collective bargaining across the industry,” said WGAE’s Executive Director, Lowell Peterson. “We look forward to working together to craft a contract that addresses their concerns and ensures that they participate in the decisions that affect their professional lives.”

“We’re thrilled by the result of today’s vote, and grateful that Slate management agreed to let us conduct it in an independent and fair fashion,” said Slate’s Union Organizing Committee in a statement.

“This vote confirms that an overwhelming majority of Slate employees want to organize with the Writers Guild of America, East–and that they want the benefits and protections that come from union membership,” the statement continued. “As we wrote in our ‘Why We’re Organizing’ letter more than 10 months ago, we’re all proud to work for Slate, and we believe that unionizing will help us ensure that it is the best possible place to work. We’re excited we’ll now have the chance to do just that.”