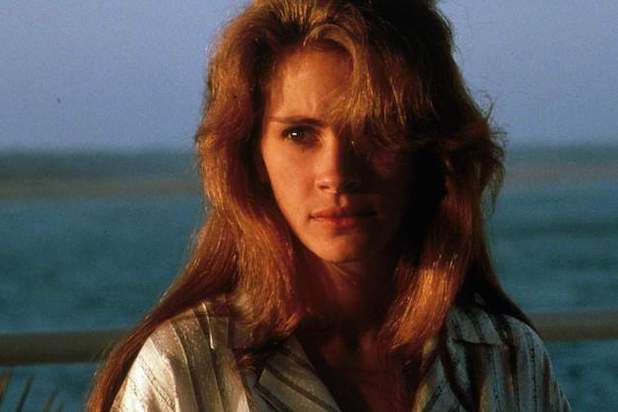 Fox Searchlight is planning to remake “Sleeping With the Enemy,” the 1991 film starring Julia Roberts, as part of a new overall producer deal with Damian Jones and his DJ Films Limited, the company announced Tuesday.

Jones, who first partnered with Fox Searchlight in 2016, is developing a reimagining of “Sleeping With the Enemy” with writer and director Nia DaCosta (“Little Woods,” the upcoming horror film “Candyman”). The original film is about a woman (Roberts) who fakes her own death in an attempt to escape a nightmarish marriage, only to find she can’t evade her controlling husband.

Jones is also planning a film adaptation of “One Man, Two Guvnors,” the stage play starring James Corden. The play’s writer, Richard Bean, is executive producing the project along with Oli Refson and Nicholas Hytner. “One Man, Two Guvnors” is itself an English adaptation of “Servant of Two Masters,” an 18th-century Italian play. The play opened in the UK in 2011 and is about a man in 1963 who is separately employed by a gangster and an upper-class twit, all while desperately trying to prevent the two from meeting.

Jones also has several other projects that he’s currently developing. The first is “President’s Astrologer,” with Samantha Strauss and John Madden, which is the story of Joan Quigley, the astrologer to the Reagan family that focuses on her relationship with Nancy Reagan. Additionally, Jones has an untitled murder mystery by Mark Chappell, as well as projects with Simon Farnaby and Roisin Conaty.

“I’m thrilled to continue my relationship with the marvelous team at Fox Searchlight and their commitment to UK production and distribution is unsurpassed,” Jones said in a statement. “We’re putting together a great slate that continues to grow, with a number of projects lining up for 2019.”

Jones produced “Goodbye Christopher Robin” for Fox Searchlight in 2017, the biopic of “Winnie the Pooh” author A.A. Milne, directed by Simon Curtis and starring Domhnall Gleeson. And in 2016 he produced “Absolutely Fabulous: The Movie.”