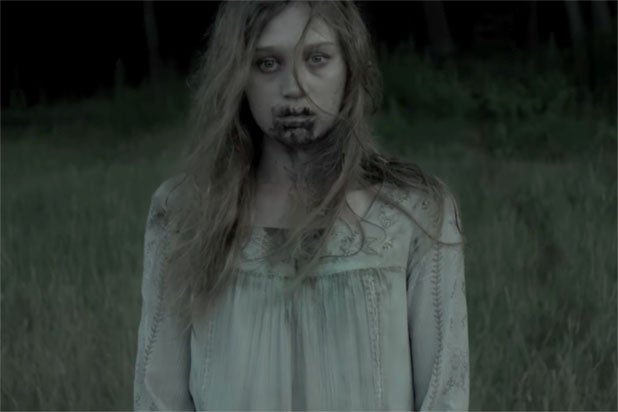 Sony’s “Slender Man” movie is “extremely distasteful” and is capitalizing on tragedy, says the father of one of the girls who stabbed their classmate in an attempt to please the fictional character.

In an interview with the Associated Press, Bill Weier, father of Anissa Weier, said he hopes local Wisconsin theaters won’t show the film when it is released in May.

“It’s absurd they want to make a movie like this,” Bill Weier said. “It’s popularizing a tragedy is what it’s doing. I’m not surprised but in my opinion it’s extremely distasteful. All we’re doing is extending the pain all three of these families have gone through.”

A spokesperson for Sony has not yet responded to TheWrap’s request for comment.

The Slender Man (or “Slenderman”) meme first originated on the Something Awful message board in 2009, then became an internet sensation with users sharing horror stories featuring the character.

The meme became a real-life attempted murder case in 2014 when two Wisconsin girls stabbed one of their classmates as a sacrifice to the monster. According to the AP, Morgan Geyser and Weier lured Payton Leutner to a park in 2014, where Geyser stabbed her 19 times. The two said they believed they had to kill the classmate so they could become Slender Man’s servants and protect their own families. Leutner survived.

The case later became the subject of a 2017 HBO documentary “Beware the Slenderman” and inspired episodes of Syfy’s “Channel Zero” and NBC’s “Law & Order: SVU.”