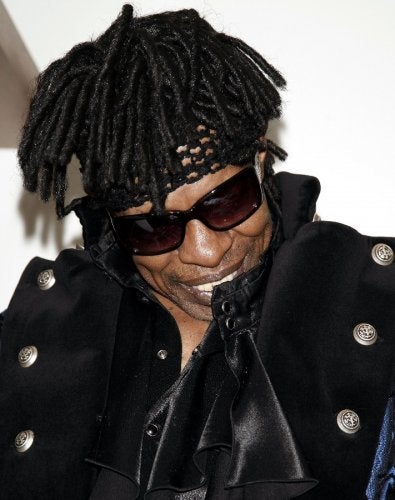 Funk-music pioneer Sly Stone is suing former manager Jerry Goldstein for $50 million in damages, charging him with fraud, breach of contract and fiduciary duty, and diverting and misappropriating his royalties and assets.

The lawsuit, filed in Los Angeles Thursday by attorney Robert J. Allan, alleges the malfeasance occurred over a 20-year period.

Allan told TheWrap that in 1989 Stone signed what he believed was a contract with Goldstein that made Goldstein his manager. In fact, according to Allan, the agreement signed over the rights to Stone’s music catalogue to Goldstein.

"He just hoped Sly would die broke in the back of a van before he found out," Allan said.

Joining Stone as a plaintiff is another former manager, Ken Roberts, the former KROQ owner who charges Goldstein committed identity theft and fraud for, allegedly, re-registering a company set up by Roberts in 1972 and using it to funnel Stone’s Broadcast Music Inc. (BMI) royalties to Goldstein. A press release issued by Robert J. Allan places those royalties between $20-30 million.

Sly Stone rose to prominence in the late 1960s when his San Francisco group, Sly and the Family Stone, forged a bridge between black funk and white psychedelia with hits such as "Thank You (Falettinme Be Mice Elf Agin)," "Family Affair" and "Everyday People."
The band, however, soon faltered and dissolved under the pressure of personality conflicts and drug abuse. Stone’s personal implosion has been well documented in articles beginning with a Spin magazine profile in 1985, and continuing through a 2009 Guardian U.K. article.
Attorney Allan claimed, in his press release, that Goldstein also secretly gained trademark ownership over the name Sly and the Family Stone to use as collateral to gain loans to finance a lavish lifestyle.
“Since being advised of the fraud,” the press release said,  “BMI has co-operated with Stone’s counsel and has refused to pay any further royalties . . . to Goldstein.”
TheWrap was unable to reach Goldstein for comment.
x
Looks like you're enjoying reading