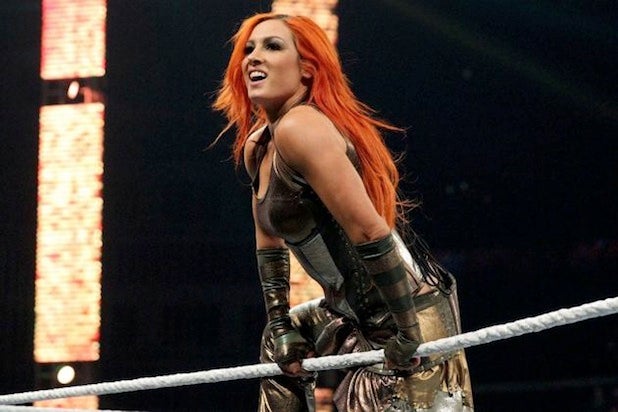 “SmackDown Live” Women’s Champion Becky Lynch is out of her upcoming “Survivor Series” match versus Ronda Rousey due to injury.

Lynch sustained a “broken face and a severe concussion” while competing in the women’s brawl at the end of Monday night’s “Raw,” per WWE. Specifically, the injury came courtesy of a Nia Jax strike.

Due to a broken face, #SDLive #WomensChampion @BeckyLynchWWE will be unable to compete this Sunday at #SurvivorSeries. pic.twitter.com/47Gwh2Xava

Also Read: WWE Hall of Famer Edge on Why Hollywood Loves to Work With Wrestlers

Below, see Lynch’s tweets from earlier Tuesday, regarding the match. At the time, it seemed she was still in for her showdown with Rousey.

When you’re babbling on about avocados, I’m main-eventing my show AND your show. Did you hear that last night, Ronda? That’s the sound they make when The Man comes around. pic.twitter.com/5JGZJIUhDW

Here is how Lynch’s face looks now, after about 22 hours of recovery:

A broken face, but a fighting spirit. #SDLive #WomensChampion @BeckyLynchWWE will address the @WWEUniverse NEXT! pic.twitter.com/c4pFZyAiFu

Lynch will be replaced by Charlotte Flair in the match against Rousey, which is a strong consolation contest. The loss of Lynch is still unfortunate here, however: While “Raw” Women’s Champion Rousey is the bigger mainstream name thanks to her UFC career, WWE fans have been very vocally behind Lynch’s push as of late.