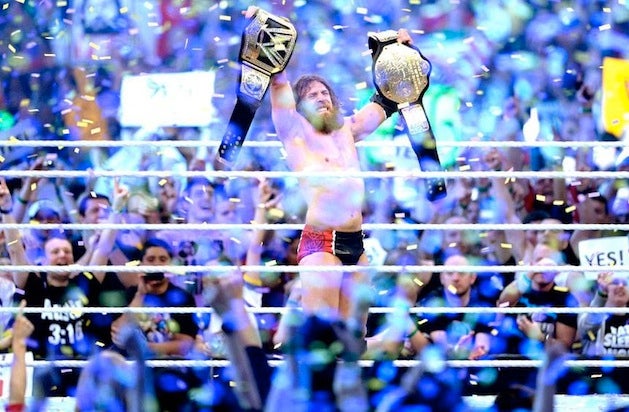 The shocking squared-circle triumph wasn’t a clean win, however: Bryan turned heel (the pro-wrestling phrase for becoming a bad guy) by delivering an illegal low-blow to Styles before finishing off the “Face that runs the place” with a trademark running knee. The referee had been inadvertently knocked down and missed the infraction.

The bad behavior from the former good guy continued after the bell rang.

Bryan’s return to the top of the wrestling world has been an uphill battle. The fan-favorite submission specialist was sidelined for two years by WWE’s medical team after suffering numerous head injuries. During that retirement, it was believed that Bryan’s in-ring career was over for good.

Also Read: WWE Hall of Famer Edge on Why Hollywood Loves to Work With Wrestlers

Before tonight, Styles had held the belt for 371 days — that’s the longest anyone on “SmackDown” has ever been WWE Champion. The previous record-holder was John Bradshaw Layfield, who made a big belt buckle out of the company’s iconic belt for 280-straight days.

Styles became WWE Champion back on Nov. 7, 2017, when he bested Jinder Mahal in Manchester, England.

With his win, Bryan will now take on “Raw” champ Brock Lesnar at Sunday’s “Survivor Series” pay-per-view event. So, good luck with that.