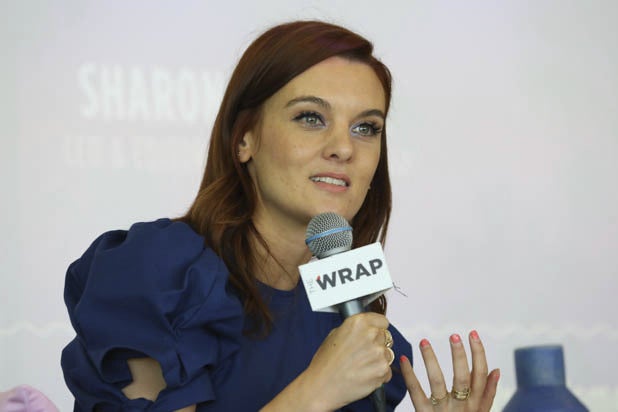 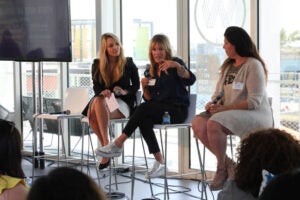 BE Conference 2019: Shaw opens up about her ”mistakes“ and what she learned from becoming an overnight showrunner and star, and then facing cancellation

“SMILF” creator Frankie Shaw opened up on Thursday about her experience facing accusations of misconduct by one of her actresses and the subsequent cancellation of her Showtime series, saying that she “lived through my worst nightmare” but ultimately learned from “many mistakes.”

“I was thinking that if I could’ve written my actual nightmare, it wouldn’t have been this bad,” Shaw told TheWrap’s editor in chief Sharon Waxman Thursday during the opening session of the BE Conference at the Annenberg Beach House in Santa Monica. “It was pretty bad… It was shocking, it was public and I had no idea that things were being said. It was so much crazy gossip, and it was an attack on me personally — some of it.”

In December, Shaw came under scrutiny after Samara Weaving, a series regular on “SMILF,” left the show after filing a complaint with producers and the network about the way the show handled the filming of a sex scene. A human resources investigation subsequently conducted by ABC Studios, with Shaw’s full cooperation, found no evidence of misconduct.

Weaving complained about being asked to perform a nude sex scene. And according to an individual with knowledge of the situation, Weaving had told co-star Rosie O’Donnell she was made uncomfortable by Shaw’s behavior during a similar scene in the first season.

While declining to respond to the allegation in detail, Shaw said she has tried to grow from the experience. “As I am going through this process now, I’m looking at what makes a good leader and what makes a good manager,” she said. “I read about a hundred books, [and I realized] I made so many mistakes. For example, hiring is huge — I was just like excited to hire friends, and I learned that you hire slow and fire fast. It’s also about finding your people.”

She continued: “The biggest thing that I’m looking at is, what was my part and not to repeat any pattern. There are those other elements, and those can be confusing to other people, and I see that now.”

Shaw said that being a first-time show runner she didn’t always think about setting boundaries and expectations with her staff. “You might experience nurturing from me, but then I am busy doing this thing or I might have through our interaction made you feel a certain way and not be available or I might have not explained how I am doing this, and you can interpret things a different way,” she said.

“Now I see all of these different things that I didn’t know, and couldn’t have known. Part of this whole process, there was a version where I said, ‘OK, I can go home now and go to bed.’ … I don’t need to do any tit-for-tat — this is what I learned and this is how I can pass it on, and hopefully, it can teach somebody. It’s about examining power, examining culture and examining how you are going to hire.”

In March, Showtime canceled “SMILF” due to “a variety of factors,” the network said in a statement. At the time, a spokesperson for ABC had said its overall deal with Shaw, announced last July, “has been suspended without pay while we review our options.”

Shaw first gained attention for her role in the Spike TV series “Blue Mountain State” on 2010 to 2011, and then her series “SMILF,” which was based on her 2015 short film of the same title, in which she starred alongside Thomas Middleditch.