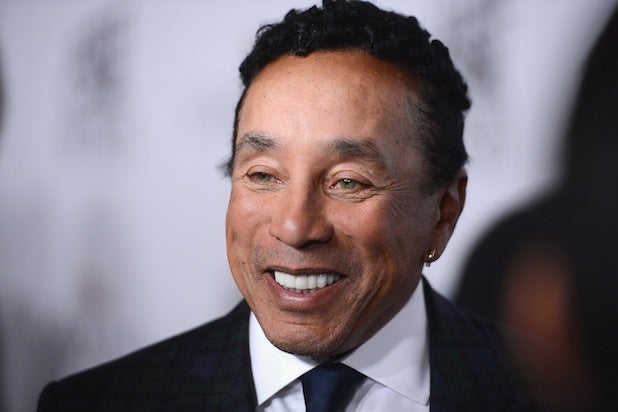 Singer Smokey Robinson went viral on Monday for his hilariously wrong — and charming — pronunciation of the word “Chanukah.”

The 80-year Motown legend sent a holiday greeting to one of his fans via the Cameo app, where users can pay celebrities to film direct shout-outs (Robinson is one of the app’s more expensive stars, charging $350 per Cameo).

“They wanted me to wish you Happy Chanukah!” Robinson said in the video, pronouncing the Jewish holiday “Cha-NOO-kah.”

Also Read: 'The Office' Seasons 3-9 Will Be Paywalled When Show Moves From Netflix to Peacock

He continued with a dazzling smile: “I have no idea what Chanukah is, but Happy Chanukah because they said so. Anyway, God bless you, babe, and enjoy Chanukah.”

Watch the whole 45-second Cameo below:

My mom grew up on the same street as Smokey Robinson in Detroit. So for Chanukah, I wanted to reunite them via @Cameo. But the video takes a strange twist. pic.twitter.com/IZ3S9WusiJ

Twitter had a field day with the clip. Some praised his earnest efforts:

This is quite different from just not getting what you paid for. This video is WONDERFUL. It’s warm, personal, sincere, and unintentionally funny and will make a wonderful gift. It’s like how coins with an error on them are worth more than their face value.

Dude looks fantastic for his age. It is a nice gesture regardless. What a good guy. I've always liked him!

Aww this was actually beyond super cute , he looks incredibly good and my mom would be over the moon of I paid ( which I wouldn’t, I’m too cheap) for Smokey Robinson to wish her a Happy Chanukah , in fact from now on I’m going to call it chanookah 🙈😂.

And others took the opportunity to educate the singer on the holiday, also spelled Hanukkah:

Dear Smokey, Chanukah is pronounced like saying this word "Honika". An alternative spelling is Hanukkah. It is a lesser Jewish holiday period that lasts 8 days. It's celebrating the rededication of a religious site dating back in year 165 BC (Before Christ). Happy holidays.

@smokeyrobinson Hahaha! Cha-nu-kah! Well, he tried! But really Smokey, you’ve traveled throughout the US-you never heard of Chanukah? It is a holiday that has occurred for approximately 5000 years during this time of year. It is NOT the same as Christmas. #otherdecemberholiday

One thing’s for sure: Robinson definitely knows how to pronounce “Christmas” — he released a holiday album in 1963 titled “Christmas with The Miracles” with his former band The Miracles.

Robinson is the second celebrity to recently trend on Twitter for a hilariously odd mispronunciation; last week, British chef Nigella Lawson went viral after the unusual way she said “microwave,” which you can see below:

Eternally grateful to Nigella Lawson for letting us know we've all been mispronouncing microwave for the last 50 (or so) years. pic.twitter.com/tfXODGQRDp