Smokey Robinson has revealed that he spent 11 days in a Los Angeles hospital and almost died after contracting COVID-19 last December.

In an exclusive interview with DailyMail.com, Robinson, 81, recalled his “frightening” encounter with the virus, which he called “terribly debilitating.”

Although he did not lose his ability to taste or smell, the virus threatened his vocal cords, leaving him unsure of whether or not he would ever be able to sing again. “I could barely even talk,” the singer-songwriter explained. “Even when I got home I was hoarse, I could not try to sing because I was afraid. … I had to work on my vocal cords and get myself back together.” 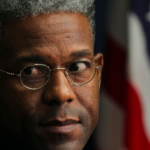 Unsure of how he contracted the virus, Robinson suspected that something was wrong when he started feeling “weird and funny after coming in off the road” just before Christmas. He was quarantining away from his family when a second COVID test came back positive. Only 48 hours later, the singer was rushed to the hospital when his breathing started to decline.

Robinson said that the virus left him so exhausted that four or five days of his stay are wiped from his memory.

Despite the “severity” of his condition, Robinson said that doctors attributed his recovery to his physical fitness – to which he has redoubled his commitment in hopes of minimizing his chances of contracting the virus again. 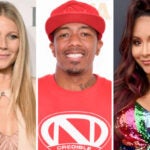 Also Read:
Stars Who Have Tested Positive for COVID-19 (Photos)

“Before I got the virus I would work out two or three times a week. I have been doing yoga, stretching and positions for 40 years,” he said. “Now I work out almost every day, because I don’t want to get the virus again even though I’ve had both of my shots.”

Part of Robinson’s recovery involved slowly regaining his voice through performances, starting at 40 minutes and gradually increasing his sets to a full two or two-and-a-half hours.

The “Being With You” and “The Tracks of My Tears” singer, whose myriad accolades include the Rock & Roll Hall of Fam, 2016 Library of Congress Gershwin Prize and 2002 National Medal of the Arts, is next set to appear at the 25th Power of Love gala. Proceeds from the fundraiser will go to Keep Memory Alive, a foundation that supports Cleveland Clinic Lou Ruvo Center for Brain Health in its fight against neurocognitive diseases. 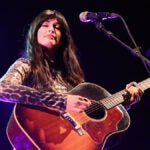 “They do such a wonderful thing treating these ailments connected to the brain, from Alzheimer’s to dementia, it’s very important,” said Robinson, who will be honored along with Kenny “Babyface” Edmonds. “… I don’t know why they are honoring me, but I am very honored to be honored by them.”