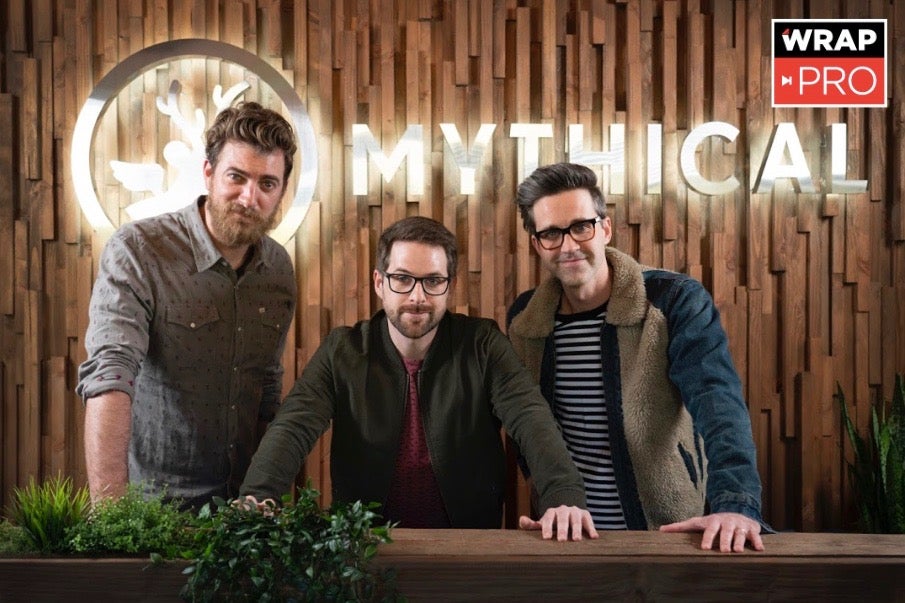 “We were very much in the market for a diversification opportunity like Smosh,” said Brian Flanagan, Mythical Entertainment’s chief operating officer, adding that Mythical reached out the day they learned of Defy’s collapse. “We knew it would take years to build something of similar scale, even with millions in investment.”

According to co-founder Ian Hecox, things at Smosh were uneasy even before it was left orphaned by Defy. “We suffered from aimless and poor leadership,” Hecox told TheWrap about its six-plus years under Defy, whose restraints on creative freedom led Smosh co-founder Anthony Padilla to leave in 2017.

“I had to come to terms with the fact that Smosh being part of a company has put all of my creative decisions through a filter of what’s appropriate for the Smosh brand as deemed by [Defy],” Padilla said on a video posted to YouTube at the time of his departure.

Flanagan said the Smosh team won’t have to worry about being forced to detour from their natural creative process. It helps that Mythical is the run by fellow creators, the comedy duo Rhett McLaughlin and Charles Lincoln “Link” Neal III, who have produced nearly 12,000 videos and 22 billion lifetime views on YouTube alone.

That’s good news for Smosh’s 46 million YouTube subscribers, including 24 million on the main channel. “Mythical has no interest in forcing crossovers or otherwise meddling in their content,” he told TheWrap. “Our focus is on helping Smosh run efficiently and expand into new businesses. If guest-starring opportunities arise organically in the future, we’ll explore them, but with due regard for our respective fans’ desires.”

We caught up with Hecox to discuss Smosh’s new future, its bumpy past, and the possibility of Padilla coming back now that the company is under new ownership.

1. What does Mythical’s acquisition mean for the future of Smosh?

We suffered from aimless and poor leadership under Defy, and a workspace that was not conducive to running a sketch comedy channel. We shot on the second floor of a medical building in Beverly Hills and would have to pause filming whenever the MRI machine under us was going.

During the downtime, I worked with my consultant David Sievers, who is a veteran in the digital space, and together we put together what finally felt like a proper business plan. The collapse at Defy allowed us to really take every piece of the Smosh machine apart, throw away the parts that weren’t working, and make a plan to build the things that were missing.

2. What would have been the game plan if Smosh had not find a suitable buyer?

If Smosh was acquired by a company that I didn’t agree with, I would not continue with the brand. I took meetings with several companies that clearly didn’t understand what Smosh really was, and I didn’t want to put myself, my team or the audience through another bad situation.

3. Any possibility that Anthony will come back now? What impact did you see from his departure?

Anthony is putting 100 percent of his focus into his own content currently, but our door is open for him to be in videos. A collaboration with him would be really exciting. As far as how his absence has impacted Smosh, it’s hard to tell. A quick look at our views suggests we’ve experienced stellar growth over the past year.

4. What led you to push into audio with SmoshCast?

I’ve wanted to make a podcast for a long time, but could never think of a format that made sense. One of the drawbacks to being a sketch comedy channel is we lack the direct connection with our audience that other channels have. One of my other frustrations is the fact that we have built such a strong and loving family of people on and off camera at Smosh, but there has never been a way to show that to the audience. When I realized the podcast was the best way to alleviate both of those problems, it just clicked.

5. What changes can we expect from the company now that it is part of the Mythical Entertainment family?

Mythical is allowing me to take on a leadership role in Smosh, which I did not have under Defy. I’m not looking to cash in on any flash-in-the-pan YouTube trends, or create content that doesn’t fit our values. I want to build a comedy enterprise that will last forever, on and off YouTube. This means executing a solid business plan and giving our audience what they’ve been asking for: Better content, a better merch offering, a touring live show and much more! Mythical wants to help us achieve this however they can, without interfering with our content. And that’s awesome.