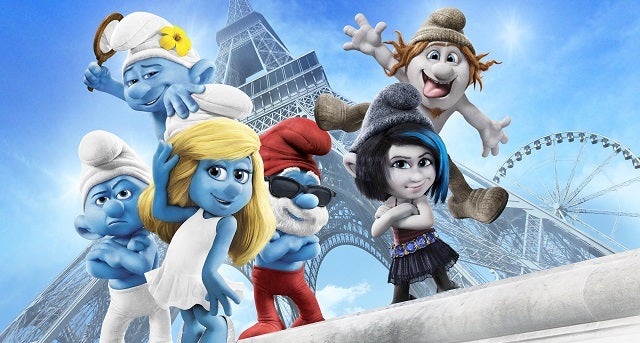 “The Smurfs 2” may have gotten smushed at the domestic box office, but the little blue guys  made some big noise overseas this weekend.

Operating in a summer movie marketplace crowded with family films including ‘Monsters University,” “Turbo” and the blockbuster “Despicable Me 2,” Sony’s live action-animated mash-up has managed just $27 million domestically since opening Wednesday in the United States.

But overseas, it took in a strong $52.5 million from 43 foreign markets for the weekend. That’s a tad under the 2011 foreign debut of “The Smurfs,” but the sequel is still expected to top the $420 million international total of the original film.

So why do Smurfs translate so well internationally?

“They have a very basic and simple appeal, particularly for the little ones, and it seems that in many of these countries, moviegoers have sort of adopted them as their own,” Sony’s head of distribution Rory Bruer said. "The foreign number put up by the original was stunning, and this one is on that same track."

Also read: How Horror Films Like 'The Conjuring' Win by Scaring Up Young Women

The fact that the film is set in Paris and other foreign locales can’t hurt, nor can the $150 million in global licensing and merchandising deals with partners including McDonald’s, Wal-Mart and Toys-R-Us that Sony sealed earlier this year. It's also in 3D, more of a box-office boon abroad than at home.

"The Smurfs 2" still has 40 markets left to open, including Australia, Italy, and China, likely in September.