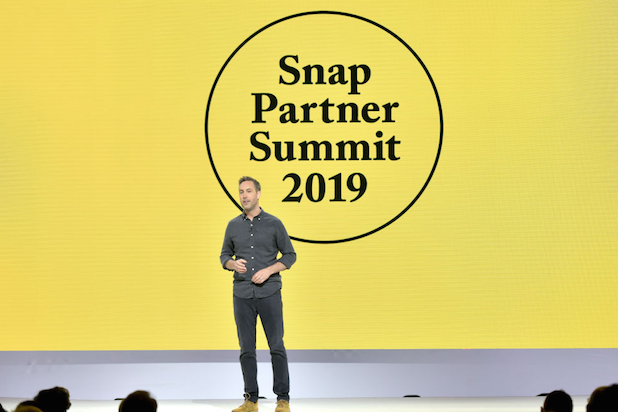 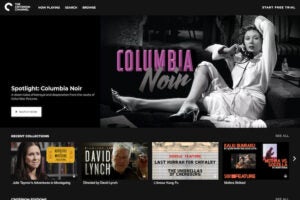 Can new shows help Snapchat get its groove back in 2019?

It’s certainly a key piece to the Snap 2.0 puzzle, with the company last week unveiling 10 new scripted and unscripted shows — along with a slew of new features, including bringing “Stories” to Tinder and other popular apps.

Early returns from Snap’s first annual Partner Summit in West Hollywood have been promising. Snap’s stock, which was already enjoying a hot streak to start the year, has jumped 10 percent since Thursday afternoon. Still, it’s unclear whether a new daily news show from BuzzFeed will connect with Snap’s young audience.

TheWrap caught up with Sean Mills, Snap’s head of original content, to discuss its new slate, what he’s learned as Snap continues to add more content and why it’s doubling down on Snap’s passionate 13- to 24-year-old audience.

1. Your shows are distinct. Facebook, on the one hand, has tried big shows with big names like Will Smith. Snapchat has embraced shows that are 3 to 5 minutes in length and shot vertically. How’d you arrive there?

It goes back to when we launched Stories from publishers [in 2015, when Snap’s Discover tab started featuring Stories from publishing partners, as well as user posts picked by Snap’s editors]. That was a front row seat into how people were telling stories on mobile. So much of seeing that really informed how we thought about mobile storytelling.

The a-ha moment for us there was you have to create differently. It’s not a matter of length, per se, it’s how you’re telling the stories: being highly visual, grabbing people right away. Everything has felt highly concentrated, and you really have to do a lot to keep waking up an audience and keeping them engaged.

Number two is, we were seeing content sessions times that were around that length. We were seeing people, especially people that were really loyal to a publisher, spend about 3-5 minutes watching content.

About six months ago, Snap came out with several new scripted and unscripted shows. Some of those shows, like “Endless Summer” (following Orange County social media stars Summer McKeen and Dylan Jordan as they navigate the world of big-time influencers) have done well enough to score renewals. Others weren’t brought back. Can you tell me what you’ve learned from that slate of shows and how it’s informed your newest batch?

What makes a show work and not work, frankly, is more art than science. There’s no algorithm for the creative process. A lot of our learnings have been about how to distribute the content and build better behaviors.

“Endless Summer” had really good storytelling, people got really invested in the characters, people really got invested in the storyline. Some of the dynamics that are the same in all storytelling. I don’t think there’s a special formula for being creative, I think for us it’s still learning from the first batch about the most effective ways to distribute it and proving out that people would watch serialized content — and its really proven to be true.

3. One of the headline shows Snap is adding is a daily BuzzFeed news show. Can you tell about the genesis of the collaboration? And why it might work? BuzzFeed has tried this before (it launched “AM 2 DM,” a daily live news show, on Twitter in late 2017)…

Daily shows for us have already been a really huge hit. “Stay Tuned” is the NBC news show that we do twice a day, and it reaches over 30 million users a month. So daily shows for us have been a massive success and we felt there was still a lane for internet culture that’s still timely, topical, and BuzzFeed was excited to try it and experiment in a new way.

This sort of show will be a little bit closer to things you’d see on Snapchat now and a lot different than things that have been tried in the past. This won’t look anything like their Twitter show, for instance.

4. CEO Evan Spiegel said Snapchat reaches 90 percent of 13- to 24-year-olds in the U.S., but he’s also mentioned in the past a desire to attract older users. Snap’s new slate features several high school and college-age leads. It looks like Snap is doubling down on its young demo?

That’s fair. With Snap originals in particular and scripted series and docuseries, we’re definitely focused on that core demo for us. That’s a huge part of our audience, but also an audience that’s not being programmed to quite as much.

Our broader content business, we have a lot of content that we bring on for an older demo. On Snap originals, I’m sure down the line we’ll expand it to more groups, but right now we want to really land for our core demo, and if we spread the efforts out any thinner we’d be less effective, so we’re very focused on that corner.

5. What are some of the storytelling leaps you wanted to make with these 10 new shows?

A few shows today really lean into this idea of screen life, that a big part of our reality is in our phone, and bringing that a little more to the surface with storytelling.

I see all the times in movies and films, phones are not really present, but we all know in our day-to-day lives they’re a huge part of our overall experience of the world. So bringing that into storytelling is something we’re really excited about doing.