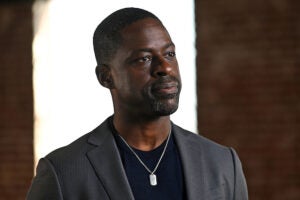 Spiegel suggests if Snapchat can add users like it did in 2020, then 50% annual growth could be conservative

Snap CEO Evan Spiegel on Wednesday said the company’s recent declaration that it’s on track for multiple years of at least 50% revenue growth may understate how well Snapchat is positioned.

In other words, if Snapchat continues to add more users in the years ahead, revenue growth could easily come in higher than 50% year-over-year. Spiegel’s optimistic forecast came after the Los Angeles-based company said last month it anticipates sales will grow at a rapid clip between now and 2023. Before Spiegel’s clarification on Wednesday, shareholders may have assumed that estimate factored in adding more users along the way.

Snap is coming off a strong Q4 performance, with the company hitting 265 million daily active users after adding another 16 million DAUs during the final months of 2020. Snap also topped Wall Street’s Q4 revenue and earnings estimates for the quarter, with Snapchat posting $911 million in revenue for the quarter.

Here are three other noteworthy points made by Spiegel on Wednesday:

1. Snap’s Spotlight is keeping viral content on the platform. After seeing Snapchat content “always going viral” on other apps, Spiegel said the Spotlight tab featuring user-generated content was launched to keep shareable moments in-house as much as possible. It seems to be working, with 100 million people using the tab in the two months following November launch. Time spent on Spotlight increased 55% from January to February of this year, Spiegel added. It’s also worth mentioning engagement hasn’t been hurt by the fact that Snap is paying users $1 million per day for content it selects and features in its Spotlight tab. For more details on Spotlight click here.

2. Time spent watching Snapchat content was up 20% last year. Still, Spiegel said “time spent” isn’t his favorite metric because Snap is focused on making it easy for “Snapchatters” to navigate the app as quickly as possible, meaning time spent on the app isn’t the ideal way to measure if it’s doing a good job of keeping users entertained.

3. Spiegel thinks Snap usage will grow as the pandemic fades. Spiegel said the coronavirus pandemic hasn’t been as beneficial to Snapchat as some might have expected, because it has prevented users from going out and enjoying moments they’d want to share on the app. That’s likely music to the ears of Snapchat shareholders, considering the app added 47 million users last year. If Snapchat can continue to add more users, and those users create more Snaps as things move back toward normal this year, then Snap is really sitting pretty: More users and more Snaps will lead to more ad dollars.