Four months can be an eternity for one of the world’s largest tech companies.

Snap — parent company of Snapchat, the popular disappearing messaging app — was 2017’s most highly-anticipated initial public offering when it debuted on the New York Stock Exchange back in March. Time Magazine featured Chief Executive Evan Spiegel on its cover — complete with dog ears and a wagging tongue from one of the app’s famous filters — with a tease line trumpeting “The Genius of Snapchat.” With more than 160 million young users, Snapchat was poised to be the cooler, more discrete version of Facebook for Gen Z. 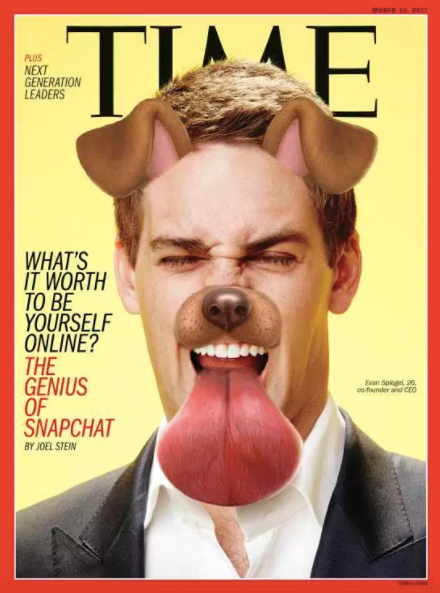 That might as well have been four decades ago for investors.

Snap hit new lows on Tuesday, falling 2.7 percent to $14.75 a share. After quickly shooting above $27 a share in its first week of trading, Snap has now fallen below its $17 IPO price and is down nearly 20 percent in the past month alone.

Even more jarring for shareholders: The pain doesn’t look to have an end in sight. Snap’s stock lockup period is closing at the end of July — although Recode reports investors will not be able to sell shares until after its Q2 earnings on Aug. 10. Still, early investors looking to finally cash out their shares for real money could add to Snap’s downward momentum. The market will also be flooded with an influx of Snap shares — nearly quadrupling its current float of 230 million shares.

At the same time, its chief competitor — Instagram — is stealing its best features and adding users by the fistful. Instagram is up to 250 million daily users for its Stories feature — its ripoff of Snapchat’s Stories. Meanwhile, Snapchat has “only” 166 million daily users and reported uninspiring growth during Q1.

Instagram’s parent company Facebook smells blood in the water, and CEO Mark Zuckerberg is the best second-mover in the industry. He’s aiming to crush Snapchat after Spiegel (smartly) turned down Facebook’s $3 billion offer to buy the app years ago.

But Snap can’t dwell on Instagram copying its every move. It’s simply a facet of the dog-eat-dog tech industry. To regain its footing, Snapchat needs to find a way to reel in more users. And its recent efforts have included… a dancing hot dog.

Snap’s moment of truth is quickly approaching. Reporting another tepid quarter of user growth in August could send the stock spiraling further into the abyss. Even Twitter — the poster child for distinguished tech flameouts — had a longer grace period than that.

There is a ray of light at the end of the tunnel for shareholders, though.

Spiegel and Snap chairman Michael Lynton know this is a critical juncture for the company, and have been working to buoy its prospects. Since its Q1 flameout, Snap has beefed up its tools for advertisers and inked a $100 million partnership with Time Warner. It continues to roll out nifty features, and Spiegel said the company is looking to expand its Android base (code for luring more international Snapchatters). And adding more original content throughout 2017 will help attract new eyeballs. But if it doesn’t result in a healthy amount of Q2 user growth, shareholders could be seeing $7 before $17 again.