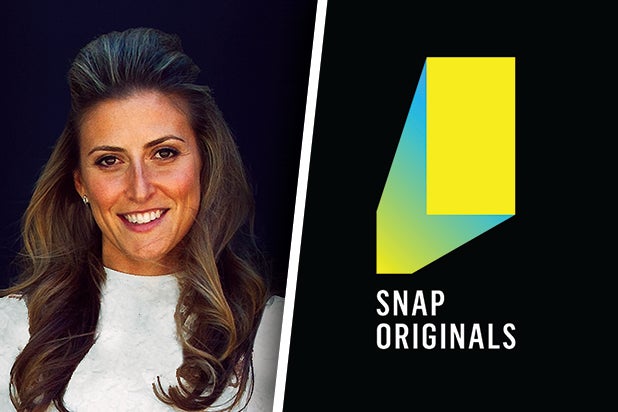 Inside A&E’s ‘Live PD’ Cancellation – and Could the Show Ever Come Back?

”We know we have to grab a viewer within the first few seconds, or else we’re going to lose them,“ Vanessa Guthrie, Snap’s director of original content, told TheWrap

Snapchat is continuing to expand its content slate, with the Los Angeles-based company unveiling 10 new scripted and unscripted series on Thursday.

Some of those shows will lean on raw star power to attract viewers, like “Coach Kev,” an upcoming motivational series from comedian Kevin Hart. The announcement comes after Snapchat has added more A-list punch to its shows in the last year. In April, Snapchat debuted “Will at Home,” a show highlighting what Will Smith has been doing while he’s been locked down due to the coronavirus; 35 million Snapchat users have watched at least one episode of the series over the past few months, according to a Snap rep.

Snap Inc. also is doubling down on another proven formula  — using popular internet influencers and other unheralded actors that will appeal to its large Gen Z audience. (You can read more about Snapchat’s latest shows here.)

To get a better feel for Snap’s content strategy, TheWrap recently caught up with Vanessa Guthrie, Snap’s director of original content. Guthrie weighed in on how Snap will be using augmented reality to keep viewers engaged, why creators should want to make shows for Snapchat, and what companies like Quibi should know about making mobile-focused content.

Also Read: The Future of AMC, Cinemark as Theaters Prepare to Reopen

The following conversation has been lightly edited for clarity:

Snap unveiled 10 new scripted and unscripted shows on Thursday. Is there a common thread shared between them?

If we think about a common thread between all the shows, [they’re largely based on] insights we have from our audience. We’re not only going to be doing beauty shows, or sports shows. But we will only be doing shows that move the needle for our audience, and that are 100% made-from-scratch for mobile. We’ve been relentless about that since day one. But our shows, all of them, those stories want to be told on mobile. We’re all-in on that, and what we’ve been doing is looking carefully at the insights we get from all of our partners on the platforms and our community, the stories they post and seeing what resonates and pops on the platform. Then using that as the first foundation for what we think might make a great Snap Original.

Now, that’s not to say that a great idea could just come in the door and be something we want to experiment with and try. But the majority of our shows are really thinking about what are the insights we have from our audiences, and then, how do we [add]our real creators’ artistry on top of it to kind of give it that “X-Factor.”

“Move It,” one of your new series, is an interactive dance show that’ll use AR to engage users. Is that something we’re going to see more of — interactive shows using augmented reality?

The short answer to that is “yes.” There will be more of that in the years to come. This is really our first effort of bringing augmented reality technology into a show. Not just having it be a novel experience, but having you really experience the show in a way that you wouldn’t have been able to do if you were just watching it traditionally. That’s not to say all of our shows in the future will incorporate [AR], but we have such a unique advantage and ability to incorporate that into our programming being at Snapchat. We’re really excited about that. I think “Move It” is probably the first start in that direction.

With so many networks and streaming options, it’s a good time to be a creator or writer in Hollywood right now. So what’s the pitch when it comes to convincing creators to make content for Snapchat?

A few reasons. Just from a platform perspective, our reach and our audience. We have such a unique audience on our platform that’s really hard to reach in other areas. So the ability for creators to know their work is going to be seen is incredibly important for our partners. And not every artist or creator is right for making something for mobile. And what I mean by that is, an artist or creator who is excited about vertical frame and trying something different –innovating with us — if they are excited about that, then they’re so going to want to do this with us. We’ve had a handful of partners who not only want to reach our audience, but they want to innovate and try something new.

A great example of that is Will Smith. We launched his show, “Will From Home,” earlier this year. And that had so many constraints around it– it was right at the height of everyone starting to stay at home. How do you self-shoot? How do you launch a talk show that can be wildly creative from home? How do you do it for Snapchat and for mobile? What a wonderful example of an incredible creator and partnership with Westbrook [his studio]. That’s a perfect example of why partners want to work with us.

A year ago, it looked like Snap was going after shows that had influencers that could appeal to Gen Z, but not necessarily tons of star power. Now you’ve got shows from Will Smith, Kevin Hart. Is there a rhyme or reason to the stars you’re going after?

It’s so much less about us shopping off a rack and trying to buy a project. It’s more about having a conversation with different types of creators, whether they’re big stars on the platforms, or one of the biggest stars in the world like Will Smith or Kevin Hart. But it all starts with the notion that we are doing something different, and if they’re excited about doing something with us, then we really want to work with you.

From a high level, not to be repetitive, but we’ve been relentless around the intention that you can’t just transport something over and have it be in this horizontal frame on a vertical format and expect that to be a good experience. You have this device, which is not only the most intimate device, probably, that a person has, but could be the only device they have. They share their lives on this thing, and the intention of making something for mobile is so specific to the number of characters you have in a story, the types of story you tell, so we’ve been incredibly passionate about that since day one. We’ve learned so many things along the way; we know we have to grab a viewer within the first few seconds, or else we’re going to lose them.

That’s just the fact of mobile: There’s so much to grab your attention. There has to be such a narrative thrust to the show, and some sense of urgency to pull you through and keep you watching, knowing you have a thumb hovering over a screen. This is not a world where you’re going to see ‘”Game of Thrones,” with these major different worlds and settings on a phone. [laughs] It seems very obvious now, but it wasn’t that obvious a few years ago. So we’ve leaned into the types of stories you can tell, and how we use the phone to our advantage.