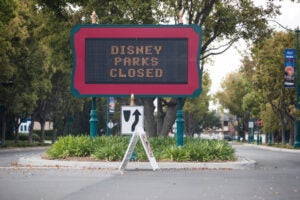 Will Disney’s July Restart Fall Apart Before It Begins?

Snap 2.0: How Fresh Content and Games Have Spurred Snapchat’s Comeback

The year has been rough for most people and companies, but 2020 has been kind to Snap Inc., Snapchat’s parent company.

Users have gravitated toward new shows and games on the app, leading to more interest from advertisers. Wall Street has taken notice, sending Snap’s stock price soaring 40% since the beginning of the year to $23.50 per share — heights the Los Angeles company hasn’t reached since the days immediately following its March 2017 IPO. (The rebound is even more stark since mid-March, when Snap’s share price dropped below $9, as most public companies were rocked by the coronavirus pandemic.)

To be sure, Snap has run into some issues this year. Most notably, it recently had to apologize for an insensitive Juneteenth filter that was available for a few hours on the app. Overall,  Snap has enjoyed a strong 2020.

So what’s behind Snap’s comeback story?

First, the growing popularity of its content: Time spent watching Snapchat shows each day has more than doubled since last year. For comparison, its user base, which now sits at 229 million daily users, increased 20% during that same time.

To pull in more viewers, Snapchat has started to lean into more shows backed by A-list creators this year. “Will From Home,” its new show featuring Will Smith hanging out with family and celebrity friends while on lockdown, came together within a few weeks of the pandemic hitting the U.S. in mid-March, according to Sean Mills, Snap’s head of original content. The show has been a hit on Snapchat, with 35 million users watching at least one episode since it debuted in early April. Snap also has a new motivational series in the works from Kevin Hart, and a scripted skateboarding show from director Catherine Hardwicke. 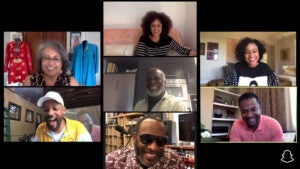 The lifeblood of Snapchat, however, remains its young users. Snapchat boasts 90% of 13-to-24-year-olds in the U.S. use the app — more than Facebook and Instagram combined — while also covering 75% of all 13-to-34-year-olds. (Third-party trackers report similar statistics: Data from eMarketer found 52% of the company’s users were under the age of 25.)

To win over young viewers, Snap has “doubled down” on docuseries, Mills said. One example is “Endless Summer,” a Bunim/Murray series following social stars Summer Mckeen and Dylan Jordan as they navigate through the world of big-time influencers: photoshoots, brand partnerships, and living on their own for the first time.

That kind of show, boiled down to 5-10 minute episodes, is what resonates with Snapchatters. A generation earlier, docuseries and reality shows like “The Hills” and “The Real World” were hallmarks of MTV. Now, Snapchat is looking to be the go-to app for the same kind of content, as viewers grow increasingly comfortable watching shows on their phones.

Also Read: What Snapchat Has Learned About Creating Mobile-Only Content

“The interest is still there [in classic MTV-style series], but I think a lot of people are getting that entertainment from the screen in their hand,” Mills added. “And by being incredibly focused on how you would tell those stories in a different way for the screen in your hand, that has been a really successful formula for us. We saw, and continue to see, a huge opportunity there.”

And, yes, some of Snap’s increased viewing can be tied to the coronavirus lockdowns, which has helped several other apps and streaming services hit new viewing records. But Snap is also benefiting because it has content Millennial and Gen Z viewers are looking for during the pandemic, such as quick-hit news shows. More than 125 million people have already watched at least one news show on Snapchat this year, according to a person familiar with Snap’s internal metrics.

Those kind of numbers might’ve sounded out of reach just two years ago. Snap’s stock was trading at about $13 per share in mid-2018, following a botched Android app redesign that led to millions of users ditching Snapchat. (Even CEO Evan Spiegel’s wife, model Miranda Kerr, hated the redesign.) On top of that, Instagram was riding high after copying Snapchat’s linchpin feature, Stories. Several Snap executives left the company that same year, and Snap was burning through money at an unsustainable rate. The situation was bleak.

Snapchat’s turnaround since then stems from more than just its content and a few popular filters. The company launched its in-app gaming platform last April, allowing users to play more than a dozen games, and the early returns have been promising. More than 100 million Snapchatters have played at least one of its games since last spring, according to Snap.

Will Wu, Snap’s head of gaming, said Snapchat has been focused on games users can play with their friends, aiming to tap into the fun people have playing video games side-by-side, even while separated. To reduce “friction,” or the roadblocks that get in the way of having Snapchat users play games together, Snap has integrated its gaming platform directly to its chat feature; the move makes it easier for users to jump right into a game together.

Also Read: Why Digital Gaming Is Expected to Increase This Summer

The emphasis on multi-player games has paid off, Wu said, in driving users to spend more time on the app. He pointed to “Bitmoji Party,” a game where friends participate in several mini-challenges, such as jumping to avoid a huge boot that’s looking to kick them through goalposts.

“We’ve seen something really remarkable, which is that for the people playing Bitmoji Party, they on average play for 20 minutes every day,” Wu said “That to me really underscores people aren’t just playing these games for the gameplay themselves; while that’s important, they’re also playing for the social experience.”

Analysts and investors have taken notice of Snap’s increased engagement. The math isn’t complex: The more time users spend in the app watching shows or playing games, the more Snapchat can hit them with advertisements.

“We view Snap as among the most innovative companies in terms of evolving products,” UBS analyst Eric Sheridan recently wrote to clients.  “That innovation should continue to drive strong consumer engagement & monetization via advertising.”

MKM Partners analyst Rohit Kulkarni agreed with Sheridan, while also highlighting a few new features Snap announced earlier this month at its second annual Partner Summit. In particular, Minis, a new feature that’ll allow users to shop for products together in-app, should help jumpstart its e-commerce business, along with the ability for users to order food via Snapchat through Postmates, DoorDash, and Uber Eats later this year.

“As we tie all the announcements together, we think Snap is setting itself apart from its peers,” Kulkarni said. “Long term, we believe Snap can unlock commerce-related monetization opportunities via Snap Minis.”

If those bets pay off, coupled with increased show and game engagement, Snap likely won’t have to worry about a 2018 repeat anytime soon.