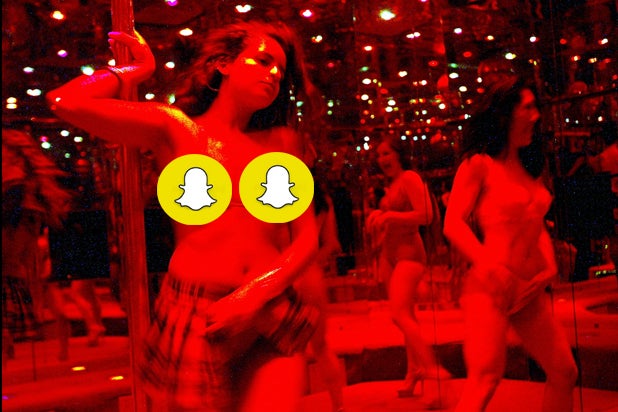 Apparently, the Grey Lady isn’t afraid to work blue from time to time.

The paper’s Nick Bilton took a deep, probing look into the situation, setting up 30 Snapchat accounts promising pornographic photos. A week later, Bilton noted, 28 of them were pulled down.

Presumably after clearing space off his mantelpiece for that Pulitzer that’s surely on its way, Bilton offered further insight on the topic. Snapchat might be cracking down on users hawking naughty images on the service — or at least cracking down on the accounts he created — but sex workers, a notoriously resourceful bunch, are finding workarounds.

For instance, Bilton noted that adult-industry entrepreneurs are offering a taste of their wares on Snapchat gratis, in order to lure viewers to their personal websites where fees can be exchanged outside the shadow of Snapchat’s community guidelines.

The takeaway — crafty entrepreneurs can still make a buck with a little ingenuity. Also it’s nice to know that the New York Times apparently paid a guy to offer naked pics on Snapchat. Who says times are tough for journalists?