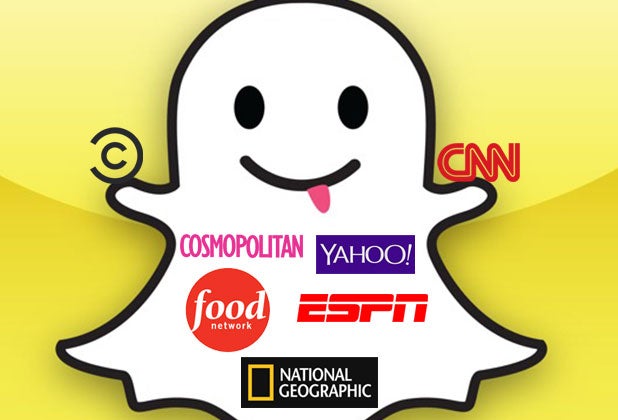 Snapchat announced its new Discover channel Tuesday that will allow high-profile media companies to program their own channels.

Media giants like CNN, ESPN, Yahoo!, Food Network, Comedy Central, People, Cosmo, and Vice are some of the inaugural partners who will create channels, producing short-form videos on their respective feeds for the app best-known for videos that disappear after a few seconds.

But Discover will be different than the look-away-and-its-gone nature of traditional Snapchat. Video stories will be up for 24 hours for users to browse, being replaced the next day by news and entertainment stories appropriate for respective channels.

“This is not social media,” according to Snapchat’s blog. “Social media companies tell us what to read based on what’s most recent or most popular. We see it differently. We count on editors and artists, not clicks and shares, to determine what’s important.”

Some channels will produce news stories while others will promote entertainment shows and content.

CNN was quite snappy about its channel in a statement.

“CNN’s Discover channel lives natively within the app – built from the ground up, exclusively for Snapchat,” CNN social media chief Samantha Barry said. “It’s beautiful, informative and driven by great images and video. This partnership provides us another avenue to showcase our creativity, and share CNN’s brilliant coverage and storytelling with new audiences.”

Watch CNN’s Snapchat 101 video is below.