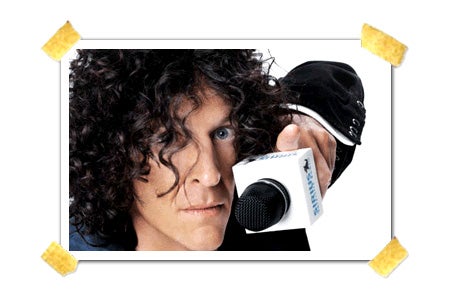 Karmazin was part of the Reuters Media Summit – a closed-door event peppered with media CEOs, but one in which only Reuters reporters are allowed access.

“It will start with Howard feeling that he is working too hard and doing too many shows and not making enough money,” Karmazin said. “Our side would say, ‘We want you to do more, and get less money.’”

Stern’s $500 million contract with the satellite radio giant expires at the end of 2010, and it’s doubtful that the King of All Media will command the same kind of money this time around. (Sirius, which has 18.5 million subscribers, was nearly forced to declare bankruptcy earlier this year.)

“The hope would be that we would come out with Howard staying with our service,” Karmazin said, adding: “You have to now assume that the negotiations are at a stage where everything is in print, so if I were to say, yes, we got every penny’s worth, Howard would come in with that piece of paper and say ‘See? I sold myself too cheap.’”

Stern has hinted on his satellite radio show that he would like to lighten his schedule – but that could merely be a negotiation tactic. After all, he hinted the same thing in 2004 before he left terrestrial radio.

Karmazin noted Sirius’ contract with Oprah – one of its other high-priced stars — ends in 2011.