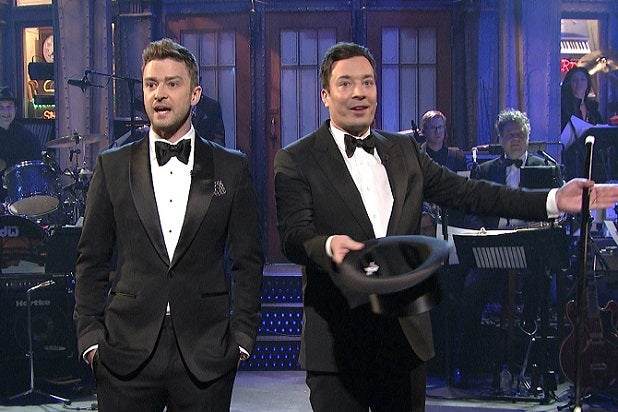 The 40th anniversary special for “Saturday Night Live” didn’t just post big numbers in the ratings — it was also a major hit on social media, setting a pair of Twitter records.

“SNL 40” — which aired from 8 p.m. to 11:30 p.m. on Sunday night — generated 1.3 million tweets, which were seen by a total of 9.1 million people, according to Nielsen Twitter ratings. During the period ranging from three hours before the show and three hours after the show, those tweets were seen 188 million times. That last number represents the highest Twitter TV impressions of any series episode to date — a record that excludes special programming such as the Super Bowl and the Grammys, but is still pretty impressive.

The 9.1 million (actually, to be technical, 9.064) people who saw the tweets also represented the highest unique audience for any series episode in the 2014-2015 TV season.