For it’s penultimate episode of 2021, “SNL” took it somewhat easy in the cold open, bringing back a gag from last May to run through some mildly amusing jokes about the Omicron variant of COVID-19.

It was basically a grab bag of references to various current events and recent history, but we’re not complaining, because it once again featured “SNL” MVP Aidy Bryant’s delightful impression of universally disliked Texas Senator Ted Cruz. We cannot get enough of it. And we hope we never have to.

The sketch saw Kate McKinnon as Anthony Fauci attempting to answer questions about Omicron. And to do so, Fauci once again brought out the “CDC Players,” CDC employees-turned amateur actors performing skits designed to educate people about situations they might encounter it.

One particular highlight featured Bowen Yang pretending to be an airline passenger, and Ego Nwodim pretending to be a flight attendant. After dealing briefly with a COVID-related question, the conversation turned to this: 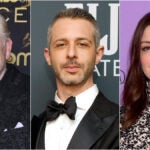 “I’ve heard girls can’t get pregnant in the sky, is that true?” Yang asked.

After a couple of those, the sketch then became a more conventional “‘SNL’ actors portraying famous politicians” kind of gag. Fortunately that gave the perfect excuse for Bryant’s Ted Cruz — and an excellent insult against the guy known best for laying about a trip to Mexico and trying to blame his daughters:

“If you’re sick of me imagine how sick I am of being me,” Bryant said.

Overall, it was the kind of sleepy Cold Open sketch that usually comes after three episodes in a row, when the cast and writers are worn out, rather than the first show back after a break. But we’re not hating: It’s rough out there. And any excuse for Bryant’s absurdly convincing fake beard is good as far as we’re concerned.

Watch the beginning of the sketch below. We’ll add the full video when it’s out.

And here’s the part where the sketch mocked the recent uh, series of self-inflicted humiliations experienced by the Cuomo brothers.